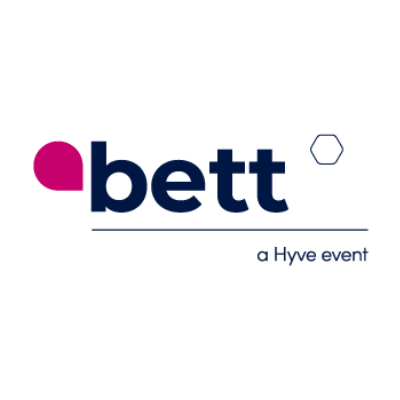 THE learning gap created by the pandemic will take more than 18 months to close, teachers have warned.

State school teachers were far more likely to offer a gloomy forecast of how long it would take pupils to catch up compared to teachers in private schools, according to a survey of 4,690 teachers for leading EdTech event, Bett.

The survey – carried out by Teacher Tapp – showed that 14 per cent of teachers in private primary schools and 23 per cent of private secondary teachers had not seen a learning gap created by the pandemic.

A majority of private secondary school teachers thought that their gap would be closed within 6 months.

Just three per cent of teachers in state schools did not think there was a learning gap thanks to Covid19 compared to 19 per cent of private school teachers who thought there was no gap.

Overall, classroom teachers were slightly more pessimistic about how long it would take to close the learning gap than headteachers or members of the senior leadership teams (SLT).

Some 32 per cent of teachers at the coalface thought it would take 18 months or more, compared with 31 per cent of SLT and 28 per cent of heads.

When analysed by subject, language teachers and Key Stage 2 primary teachers were the most pessimistic, with 34 per cent warning it would take more than 18 months to catch up students.

Some 28 per cent of maths specialist teachers thought it would be more than 18 months, while the figures were nearly the same for English teachers (27 per cent) and humanities (27 per cent) while nearly a third of science teachers – 31 per cent – also warned of the longest time delay.

For teachers of early years and Key Stage one in primary, a third warned it would take more than 18 months while 30 per cent of PE teachers and 24 per cent of art and design and technology teachers thought the same.

Nearly four in ten – 38 per cent – of teachers agree or strongly agree with banning school closures and classing them as ‘essential infrastructure’.

The move is proposed by senior Tory MP Rob Halfon, the chairman of the education select committee, who wants school closures to be banned unless they are voted for in parliament.

Mr Halfon has put forward a Private Members’ bill to argue the case, saying that school closures and lockdowns had led to massive gaps in learning and to a safeguarding crisis.

Many teachers remain uncertain about the proposed ban, with 29 per cent saying they were unsure whether they backed it.

Slightly fewer teachers were against the ban – with 20 per cent disagreeing and 10 per cent strongly disagreeing.

Primary school teachers remained marginally more supportive of keeping schools open – with 39 per cent agreeing or strongly agreeing with a ban on future closures, 30 per cent being uncertain, nine per cent strongly disagreeing and 18 per cent disagreeing.

The split was starkest between state and private schools.

Private schools were much more likely to want to stay open – with 25 per cent strongly in favour compared with 15 per cent in the state sector.

Overall, 48 per cent of private school teachers backed the ban compared to 37 per cent in the state sector.

Private primaries were strongly in favour of Mr Halfon’s proposals by 53 per cent compared to state primaries on 38 per cent.

Just 37 per cent of state secondary school teachers backed the ban compared to nearly half – 48 per cent – of private secondaries.

A further 23 per cent of private school teachers agreed with the ban on closures compared to 22 per cent of state schools,

Headteachers were also more likely to be very supportive of keeping schools open – with 42 per cent strongly agreeing or agreeing with an outright ban compared with just 35 per cent of classroom teachers.

Eve Harper, event director, at Bett UK at Hyve Group plc, said: “Our survey shows that teachers are clearly concerned that the learning gap has widened since the pandemic. More teachers think that the Covid catch-up will take 18 months or more. There is also a stark difference in how long state school teachers fear it will take for pupils to recover lost learning compared with private school teachers. Education technology has been pivotal during remote learning and beyond but it is clear that there is a great deal to do to ensure that all students are given the very best opportunity to catch up and that teachers feel well supported in their roles.

“Teachers are also marginally in favour of a ban on future school closures, with 40 per cent not wanting schools to close even in the event of a fresh surge of covid or new pandemic, although 29 per cent remained unsure if this would be a good idea.’

“The Bett show in March will be the first live event for two years where teachers and school leaders from across the UK and edtech experts from around the globe can discuss how the pandemic has reshaped our classrooms forever and how teachers and learners can maximise the benefit from the innovations that were borne from this crisis.”

SafeToNet and the Anti Bullying Alliance stand united against bullying

What Every Teacher Needs To Know - Jade Pearce

The Blackpool Grand Theatre - A Year Enriching Over 1,000 Young Lives

Tweets by @EducatorMagUK
Whizz Education’s Competitive Insight to Help Schools Excel at Maths New research from Oxford University Press reveals the vital role language plays...
This website uses cookies to improve your experience. We'll assume you're ok with this, but you can opt-out if you wish.Accept Read More
Privacy & Cookies Policy