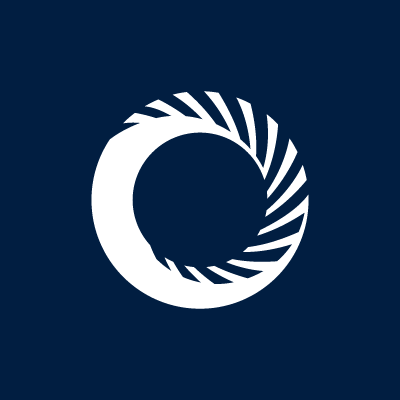 Over 8,000 children across the UK were surveyed revealing ‘anxiety’ as Children’s Word Of The Year

Anxiety is the Children’s Word of the Year 2021 according to research by Oxford University Press (OUP). Over 8,000 children from across 85 schools in the UK, spanning Year 3 to Year 9, were surveyed and asked to choose the top words they would use when talking about health and wellbeing.

Almost a quarter of pupils chose anxiety (21 per cent) as their number one word, reflecting the widespread impact lockdown and school closures had on their wellbeing. Challenging came in as their second choice (19 per cent) closely followed by isolate (14 per cent). Wellbeing (13 per cent) and resilience (12 per cent) were also in the children’s top five words, demonstrating their positive attitude in the face of recent challenges.

In addition, teachers from across the 85 schools were asked for the word they use most often when talking to their pupils about health and wellbeing in the context of the past year. Almost a third chose resilience as their number one choice (31 per cent), signalling the importance of providing their pupils with positive direction in the face of difficult times. Equal to their pupils, challenging was their second choice (19 per cent) and wellbeing came in third (18 per cent).

In particular, the research highlights how the type of words teachers use can significantly influence their pupil’s learning and wellbeing. Nicola King, Head of Philosophy and Ethics at Ifield Community College, who took part in the research, commented: “Sometimes the language we use can increase anxiety, so we have to be very clear about how we address language and difficult topics with students.”

Helen Freeman, Director of Early Childhood & Home Education at Oxford University Press, said: “The research demonstrates how vital language is when it comes to self-expression, learning and wellbeing. In particular, the findings highlight the crucial role teachers play in equipping children with the appropriate vocabulary to articulate their emotions and support their well-being. It’s therefore more important now, than ever, to invest in supporting children’s language development at home and in school.”

For over a decade experts and academic researchers in the Children’s Language department have analysed the evolution of children’s language and how it is used to reflect their emotions and experiences. The research draws heavily on the Oxford Children’s Corpus, the largest children’s English language corpus in the world which contains language written for and by children at over half a billion words. For 2021, wellbeing was selected as the research focus, prompted by the widespread impact Covid-19 is having on children’s education and the growing awareness of children’s mental health as a key concern at home and in schools.

In response to the latest findings, the Children’s Language department at OUP have published the Oxford Children’s Language Report 2021 and will be updating their dictionaries and resources to further support teachers and pupils in both primary and secondary schools. Words such as ‘bubble’ and ‘lockdown’ will be revised to reflect the current usage of the words in relation to the pandemic and new phrases such as ‘self-isolation’ will be included.

For more information you can review the Oxford Children’s Language Report 2021: the language of wellbeing in the wake of a global pandemic.

New research reveals where in the UK teachers are paid the most, with Scottish teachers receiving the highest annual salary, outside of London.
Sodexo Engage reveals 3 ways schools can reward and recognise teachers
COVID-19 pandemic has led to an increase in myopia (short-sightedness) in children[i] – yet one in four parents have never asked about their child’s vision[ii]
SUSTAINABILITY COURSE TO HELP UK STUDENTS ADDRESS KEY CLIMATE CHANGE ISSUES FOLLOWING COP26
Trust Academy Business Manager completes Level 7 Certificate in School Financial and Operational Leadership
Back to school but not just with a new pencil case; this term students will need a mask, a flow test, hand sanitiser & schools will need to disinfect as they never have before
The evolution and future of Edtech: A chat with Aaron Webb, Sr Product Marketing Manager at Jamf
Only 1 in 10 teachers have a good understanding of Dyslexia, new report highlights how Dyslexia has been swept under the carpet for decades

Tweets by @EducatorMagUK
TEACHERS FEAR IT WILL TAKE PUPILS 18 MONTHS OR MORE TO CATCH UP A* line-up of Speakers unveiled for Bett Show
This website uses cookies to improve your experience. We'll assume you're ok with this, but you can opt-out if you wish.Accept Read More
Privacy & Cookies Policy