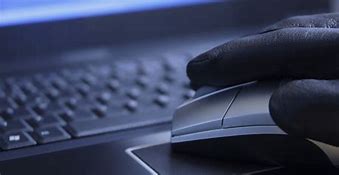 Laptops, mobile phones, and Rolex watches reported as lost or stolen by students and staff

London, 8th June 2022 – The London School of Economics and Political Science (LSE), a leading research institution, has recorded nearly £250,000 in stolen electronic devices, including laptops, tablets and phones, over the past five years according to official figures.

The data which was retrieved via the Freedom of Information Act (FOI) and analysed by the Parliament Street think tank, observed the number of stolen electronic devices from LSE year on year from 2017 to 2022, as well as the total cost of devices lost.

In total, £242,744 worth of devices were listed as stolen, with laptops, tablets and phones accounting for 78 per cent of the devices.

The year with the greatest monetary loss was 2017, with 54 stolen devices totalling £50,740 whilst 2019’s 57 stolen devices was the highest volume of devices during the reporting period.

Outside of laptops, tablets and phones, a further £52,810 in devices including network switches, cameras and a Rolex watch were reported stolen.

The news comes following the government’s Cyber Security Breaches Survey, revealing that an alarming 92 per cent of universities have been targeted a cyber-attack in the past 12 months.

Cyber crime expert Achi Lewis, Area VP EMEA for Absolute Software, commented: “Large organisations naturally have a greater task of ensuring that devices are fully protected, and the vast number of interactions that happen at universities like LSE can increase the chances of devices being stolen or misplaced. As such, it is essential that cybersecurity measures are put in place, such as resilient zero trust solutions to restrict the access of malicious actors trying to breach stolen devices.

“Particularly in industries like the education sector, it is essential that staff, and even students, are properly trained on the key security issues at hand given the volume of sensitive data stored across devices. Effective training will not only aid the prevention of breaches, but also assist staff and students on how to react once a device has been stolen.”

NBA LAUNCHES SECONDARY SCHOOL PROGRAMME FOR TEACHERS IN THE UK

Tweets by @EducatorMagUK
Students take to the runway in Blackheath High School fashion show Get your students to explore the potential of their own brain and answer Life’s...
This website uses cookies to improve your experience. We'll assume you're ok with this, but you can opt-out if you wish.Accept Read More
Privacy & Cookies Policy