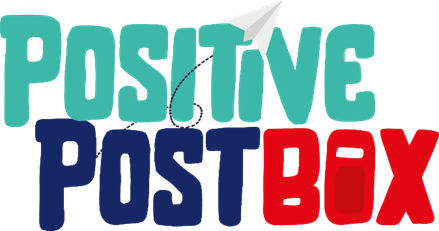 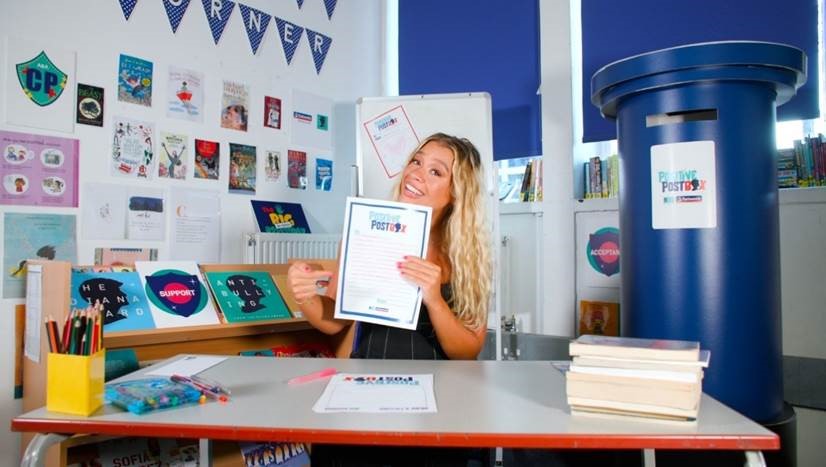 Research from Nationwide Building Society and The Diana Award has revealed that a third of children (32%) have never written a letter, with a similar amount (35%) having never received one either. However, the same survey concluded that 4 in 5 (84%) children of all ages would be excited to receive a letter in the post! This includes older children (75% of 15-year-olds) as well as younger children (93% of 7-year-olds)!

Nationwide and The Diana Award, with the help of a number of familiar faces like Will Poulter, Molly Rainford, Steph Houghton and many more, want to change this shocking statistic by launching The Positive Post Box campaign. Not only is the campaign an attempt to bring back the joys of letter writing and tap into children’s excitement for the dying art, it also has an underlying motive to tackle bullying in schools through spreading positivity and mutual respect.

As the campaign kicks off, over 120,000 children from 300 schools have received their very own Positive Post Box and are about to take part in one of the biggest pen pal schemes the UK has ever seen!

Research by Nationwide Building Society has showed the devastating impact bullying can have on young people with a number of shocking statistics coming to light.

The data shows that school children are acutely aware of the scale of bullying in the UK as well, three quarters (75%) were aware that their friend(s) had been bullied.

It’s not just children that feel the impact of bullying as well.

The research is difficult to read but highlights just how important campaigns like this are to tackle bullying as early as possible. The aim for the campaign is to do it in a positive way, focusing on positive behaviour, words of affirmation and encouraging actions. During The Positive Post Box campaign hundreds of thousands of letters filled with kind messages will be delivered to children around the UK helping to raise awareness and make a major impact on children’s mental health.

“I’m delighted to take part in a campaign like this and I wish when I was in school there was a project like this to spread positivity. Getting the chance to write my own letter was really rewarding, it’s been years since I wrote a letter but I will be definitely picking up a pen more often and getting creative. I think it’s really important that these campaigns exist to encourage children to speak up, write down their feelings and also show their creativity. I hope the Positive Post Box is going to help loads of children across the country.”

Rhys Stephenson, presenter and The Diana Award ambassador spoke about the campaign:

“I’m so proud to be taking part in such a positive project. As somebody who has spoken publicly about bullying before, I will also support initiatives that spread positivity and respect. I can’t wait to see all of the children reading and writing their letters.”

“Working with The Diana Award to promote mutual respect to tackle bullying head on by spreading messages of hope and positivity is an honour.

“The on-bullying stats are pretty scary, so anything we can do to combat the root of the problem is vital, and that’s what we hope to do with this partnership. We want to show children who may be suffering they’re not alone, too. At Nationwide, mutual respect has always been a core value to us, so we are incredibly proud to be able to drive such a positive message and promote equality, respect and inclusivity in society.”

Deputy CEO of The Diana Awards, Alex Holmes added: “On the back of our annual Big Anti-Bullying Assembly with Nationwide Building Society we’re delighted to be part of this brand-new campaign which encourages kindness through the revival of letter writing. We’ve received an overwhelming response from the launch with over 120,000 children set to be involved across the whole of the UK.

“Simple written messages of kindness can have a positive impact on both the sender and receiver. At The Diana Award we’re passionate about tackling bullying behaviour by empowering young people to make change. We’re looking forward to seeing young people across the county putting pen to paper and sending their messages when the post boxes start to be delivered on October 31st.”

Alongside this campaign, Nationwide Building Society is working with The Diana Award to train an extra 10,000 Anti-Bullying Ambassadors in over 660 primary schools across the UK over the next three years. Through this initiative, school children can develop key skills around tackling bullying, celebrating difference and supporting their peers, online and offline.

The find out more about the initiative and download your very own digital pack here: https://www.antibullyingpro.com/take-action/positive-post-box

Tweets by @EducatorMagUK
Connecting children to the ocean Schools stand to get a potential bill reduction of up to 61% this monthR...
This website uses cookies to improve your experience. We'll assume you're ok with this, but you can opt-out if you wish.Accept Read More
Privacy & Cookies Policy