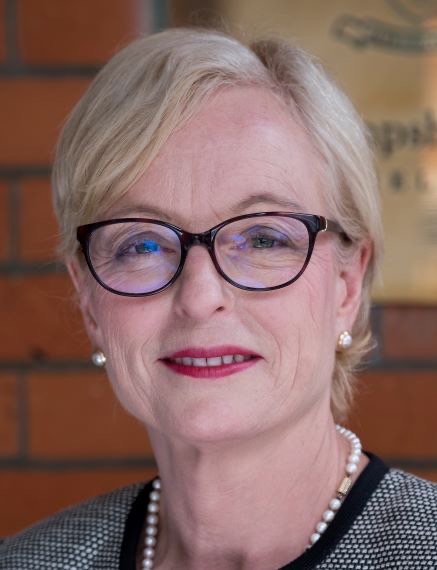 Parsons Green Prep is delighted to announce that Dr Pamela Edmonds will be joining PGP in September 2022 as the new Head.

Dr Edmonds is an experienced Head with considerable success as a senior leader in prep schools, with wider engagement as a member of the Independent Schools Inspectorate (ISI) Educational Advisory Forum and as a team inspector when called to inspect for ISI in the independent sector. She is currently the Head of The Hampshire School Chelsea, where her all-encompassing approach to pupils’ personal development and promotion of the highest standards of teaching and learning, from Early Years through to the transition to senior school, have led to national recognition, including a nomination for ISA Junior School of the Year 2019. Previously, Dr Edmonds was Head of St Cedd’s School, a 3-11 Choir Association school with an outstanding track record of grammar school places and academic, sport and music scholarships to HMC schools.

As Director of Studies and Head of Boarding at Holmwood House Prep School, she was responsible for the welfare of boarders, the academic profile of the school, taught mathematics through to Common Entrance and coached the netball teams to success in IAPS tournaments. Dr Edmonds was Head of Mathematics at Queens Gate School in London in the 1980s and has knowledge of first-class educational practice from around the world, with senior management experience in top 3-18 international schools in Tokyo, Singapore and Bangkok. She is a member of the Independent Schools Association (ISA) and has been a serving member of the Independent Association of Prep Schools (IAPS) since 2015.

Fundamental to Dr Edmonds’s approach to education is the conviction that all children must be supported with the very best pastoral care system to enable them to flourish personally and excel academically. She encourages children to balance the breadth of their academic studies with passions beyond the classroom. Her commitment to enabling pupils to meet the challenges of life is evident through her promotion of STEAM and passion for a personalised curriculum that provides challenge and fosters articulate, confident, independent-thinking children, equipped with the strength of character and resilience for success.

Alongside her school commitments, Dr Edmonds is a keen bridge player, enjoys reading, loves the theatre in all its forms and, when time allows, can be seen jogging from Kew to Hammersmith. She enjoys a challenge and lists climbing Mount Fuji, competing in the Channel Yacht Race 1985 and, most recently, attempting to learn to play the saxophone as some of her highlights. Dr Edmonds has two daughters who were educated in the independent sector and who now live and work in London.

On receiving the news of her appointment to the role of Head, Dr Edmonds commented:

‘I am incredibly excited and honoured to be appointed as the next Head of Parsons Green Prep. The warmth of welcome and family ethos, underpinned by a deep-rooted culture of care and drive for academic excellence, resonate with my own values. I look forward to getting to know the children, staff and parents in the months ahead. Parsons Green Prep has an exciting future ahead and I am thrilled to be a part of it.’

Lucinda Waring, the Proprietor, commented: ‘The interview team was immensely impressed by Dr Edmonds’s depth of knowledge and understanding of education and how her values and vision for the future echo those of PGP. This is an exciting time for the school and as we emerge from the pandemic we do so not only as a healthy and strong school but one that is excited to take on the challenges of the future with confidence and passion.’

Tweets by @EducatorMagUK
iQuila’s Virtual Extended Network Buries VPN Misery and Waves Goodbye to Costly... New data reveals a 71% increase in children “at serious risk” online while...
This website uses cookies to improve your experience. We'll assume you're ok with this, but you can opt-out if you wish.Accept Read More
Privacy & Cookies Policy