Despite the pervasiveness of cyberbullying, victims still have very little support that is proven to work

A survey of 4,336 secondary school teachers, conducted by Teacher Tapp for the Early Intervention Foundation in October 2021, has found that only one in three teachers (33%) feel equipped to help stop cyberbullying amongst pupils. Classroom teachers were far less likely than headteachers to feel equipped to support pupils.

Despite the lack of confidence, especially amongst frontline teaching staff, 60% of secondary school teachers have not had any cyberbullying-related training in the past 12 months. Private school teachers were more likely to have completed training than teachers at state-funded schools.

Older teachers and headteachers were the most likely to have received training related to cyberbullying.

A lack of understanding of what works

A review of the evidence of secondary school-based interventions, designed to promote wellbeing and prevent mental health or behavioural difficulties among teenagers, has revealed an absence of robust evidence and understanding of what support works to prevent cyberbullying. The report from the children’s charity, the Early Intervention Foundation, says: “We did not identify any primary studies examining the impact of cyberbullying prevention interventions.”

The lack of robust evidence and understanding of what works to prevent online bullying, is all the more shocking given its prevalence. The latest available figures from the Office for National Statistics show 764,000 10-15 year olds were cyberbullied in the year ending March 2020.

The Early Intervention Foundation’s study did provide some room for optimism. The very limited evidence that there is, points to the potential of some school-based support being able to effectively help young people.

Dr Jo Casebourne, chief executive at the Early Intervention Foundation said: “Whilst we don’t know enough about what works to prevent cyberbullying, teachers and schools can play a greater role in helping develop young people’s resilience and ability to cope with the stresses that being bullied frequently creates.

“Efforts to reduce cyberbullying will be hamstrung while we continue to have little real knowledge of what works to effectively reduce online bullying. We urgently require more research that can then lead to teachers and schools taking the right action.”

The Children Commissioner’s report ‘The Big Answer’ report quotes a 14-year-old girl saying: “I don’t feel I was informed of my online safety from a young age and that it was considered a priority. Technology and social media are constantly developing so why aren’t our laws and protections for children on these platforms updating with it?”

Another response was: “Mental health is important and it should be supported more in schools. For a lot of people, school is their safe place!”

Martha Evans, Director of the Anti-Bullying Alliance, commented: “We know that cyberbullying among children more often than not starts in school and continues online. So it’s vital that teachers within schools are fully able to play their part, and understand how to intervene effectively whenever a pupil is suffering cruel and harmful behaviours, online or in the classroom or playground.

Solutions to the cyberbullying pandemic:

1) More research is needed into cyberbullying and the research should take into account the lived experience of young people, including both victims and bullies.

2) The teaching of social and emotional learning (SEL) in both primary and secondary schools should be prioritised, to build young people’s resilience, to limit the damage caused by cyberbullying. Through SEL, pupils can build resilience, strengthen their mental health and learn skills that can reduce the impact of being bullied online. Examples of SEL include teaching social awareness and empathy, respecting diversity, understanding social behavioural norms; as well as teaching young people about self-awareness and relationship skills. 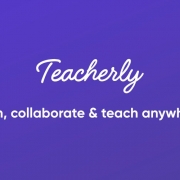 Students call for greater teamwork between teachers during the pandemic

Tweets by @EducatorMagUK
Amazon Virtual Fulfilment Centre Tours bring real-world learning to the cla... New research reveals where in the UK teachers are paid the most, with Scottish...
This website uses cookies to improve your experience. We'll assume you're ok with this, but you can opt-out if you wish.Accept Read More
Privacy & Cookies Policy