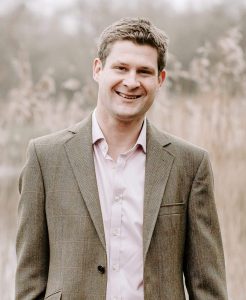 Under-fives need to be taught to use screens and technology responsibly, with limited contact to ‘maintain their innocence’, the headmaster of a leading school which teaches children as young as two said today.

Jonnie Besley, Headmaster at Abberley Hall School in Worcestershire, said by limiting access to technology, you can ‘prolong childhood’.

He was speaking after a study published in JAMA Pediatrics found that most under-fives are spending too long in front of the television or on smartphones.

More than two thirds of those surveyed are spending longer than an hour a day looking at a screen. The World Health Organisation says that children below the age of two should not look at screens at all. The guidelines suggest those aged between two and four should be limited to just one hour per day.

Screen time has been linked to delayed development of skills such as language and sociability.

Mr Besley said technology was important for young people, particularly in an education setting, but it was about striking the right balance.

“We take our responsibility around screen time, technology and social media very seriously. This is the world our children are going to grow up and live in. We are teaching children from a very young age about the benefits and pitfalls of technology.

“We are investing in mobile technology for our classrooms. From September, all of our senior pupils will have tablets with keyboards and we will have Apple TVs in the classrooms to aid with our education programme. But, we need to teach children to use these things responsibly. We still want them outside, getting muddy, discovering the real world and we are investing just as much time and effort in that side of the curriculum.

“Our pupils who board with us have mobile phones, but they’re not accessible during the day. We give them a certain amount of trust so they learn to use them responsibly, but we want our children to keep their innocence.

“By supporting children in this way, we can keep children as children – we can prolong their childhood, while at the same time giving them the early skills they will need to enter into a world where technology will play an important role.”

Dr Sheri Madigan, one of the authors and a psychologist at Calgary University in Canada, told: “One in four children younger than two years and one in three children aged two to five years are meeting screen-time guidelines, highlighting the need for additional public health initiatives aimed at promoting healthy device use.”

More than half of three to four-year-olds in the UK use the internet every week and a fifth have their own tablet.

Dr Madigan said: “Research has shown that the threshold or digital tipping point for this age range is one hour a day. For example, young children using screens two hours daily or three hours or more, when compared with one hour a day, show an increased likelihood of reported behavioural problems and poor developmental outcomes.”