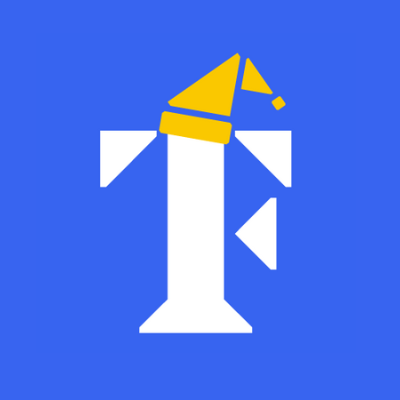 New polling from education charity Teach First has found that only 2% of teachers working in schools serving the most disadvantaged communities say all their pupils have adequate access to devices and internet to work from home. This is five times less than the most affluent schools (10%) and three times less than the national average (6%).

The issue of the digital divide has received significant attention throughout the pandemic, with most pupils studying at home for extended periods. During this period the government successfully distributed more than 1,300,000 devices to schools across the country. Teach First also worked with businesses and partners to deliver over £1,000,000 worth of devices and dongles to schools serving disadvantaged communities.

Yet teachers have made clear that the digital divide goes beyond Covid-19 and lockdowns –  as technology becomes increasingly essential to modern classrooms, with two-thirds of teachers (65%) say that they are using technology more than two years ago and that figure increasing to three quarters (73%) in secondary schools.

A quarter (28%) of teachers also believe since the start of this academic year the attainment gap has increased between those pupils who had a digital device throughout the pandemic compared with those who didn’t.

It is no surprise, therefore, that teachers are also broadly in agreement that better access to digital devices would help to close the attainment gap – two-thirds (63%) agreed that it would help doing so.

To tackle the digital access issue, schools have made it clear that they will need additional financial support in order to purchase devices and internet dongles. Almost two thirds of headteachers (64%) say they do not have enough funding in their existing budget to ensure all pupils have adequate digital access.

Teachers also highlighted that access is not the only issue to solve – upskilling pupils to use digital tools effectively is also vitally important.  Only a third (36%) of teachers believed their pupils have sufficient digital skills to use devices safely and effectively when learning from home.

Teach First are recommending that the Department for Education continues to invest in the provision of laptops, tablets and internet routers for pupils from poorer backgrounds – so they do not continue to fall behind. This provision should be paired with accessible information and guidance, so that parents and carers can support their children to engage with digital technology productively and safely.

The charity are also calling for a significant funding boost to schools serving disadvantaged communities, where the attainment gap remains stark – so that all children are giving a fighting chance to a bright future.

“Our school is one that particularly felt the impact of the digital divide. We were scrambling for laptops and dongles back in November 2020. Dongles were particularly important as parents in our community have very limited access to the internet.

“Because of this, the gratitude for devices was truly felt throughout our community. The donation of laptops and dongles from DHL UK Foundation via Teach First before Christmas, along with provision from the Department for Education and other generous benefactors, came at just the right time. It meant pupils had access to remote learning from day one of lockdown starting in January this year.

“Like many schools, we’ve become a lot more reliant on digital learning since the school closures – especially for lessons, submitting homework and extra tuition. While things have significantly improved, there are still gaps we’re trying to fill. Any additional donations of digital devices and dongles would really help ensure that all our pupils have everything they need to progress in their learning.”

“The pandemic has drawn attention to a number of inequalities in our education system and it is clear that the digital divide is a serious issue. But it goes far beyond the current pandemic. Technology is playing an increasing role in pupils’ learning and is central to resilience in the face of potential disruption. If young people from disadvantaged backgrounds do not have access to devices and the internet – as well as a good space to study – then the attainment gap will widen.

“Government, businesses and charities played an important role in supporting schools to ensure pupils forced to work from home during the pandemic were able to do so. But now we have to look at the long-term future of education – and that means prioritising investment towards schools serving disadvantaged communities, where the digital divide remains stark.”

Young inventors challenged to change the world for the better with Amazon Longitude Explorer Prize
New partnership of Physical Education and sport specialists gives support to primary schools
The State of Education Technology…eighteen months on
Solar panels, living walls and heat pumps: schools are leading the way in sustainable investments
Delight after plans for new school move ahead
Schools abuse helpline receives over 650 contacts as pupils urged to get in touch with concerns
The Skills Network repositions to revolutionise online learning industry
Safer Internet Day: How to spot the signs of cyberbullying

Tweets by @EducatorMagUK
UK explores how education must adapt for tomorrow’s world at ‘In the Future…... The State of Education Technology…eighteen months on
This website uses cookies to improve your experience. We'll assume you're ok with this, but you can opt-out if you wish.Accept Read More
Privacy & Cookies Policy