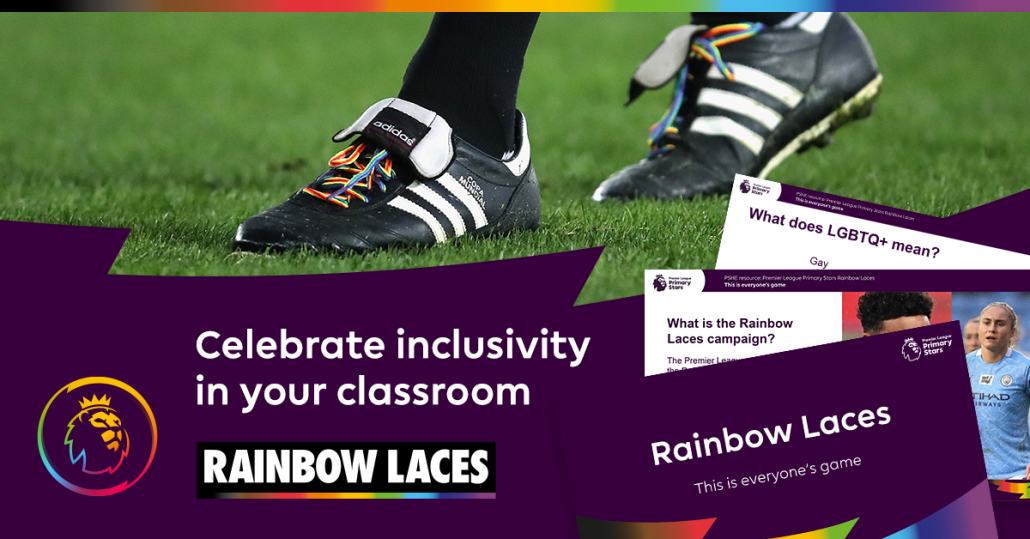 ‘The number one thing is the inclusivity benefits of the resources. Not having pupils question who is playing football and building a much deeper level of respect for each other.’

Creating an inclusive environment for pupils is a top priority for many teachers and their schools. Adam Walker, a teacher from East Stanley Primary school, talks about how using the Rainbow Laces resources from Premier League Primary Stars helped create a more inclusive environment for his pupils – increasing their understanding of gender stereotypes and the LGBTQ+ community.

“We had an incident at a football match a few years ago where a pupil from our school called a player from another team a homophobic slur. It was at this point we realised that we needed a solution that we could use to support our pupils in understanding the importance of being inclusive. After a long search to find the right solution, we came across the Rainbow Laces resources from Premier League Primary Stars. A bank of free resources that could educate our pupils around the importance of inclusivity, challenging stereotypes and being a good ally – it was exactly what we were looking for.

At East Stanley we are seeing more girls wanting to get involved in sport. So it was great to see Premier League Primary Stars use male and female professionals in their resources to show balanced representation of real sport. Activities such as ‘Do it like a…’ and ‘Be an ally’ have been popular with the pupils. It has especially given the girls something to look up to and through challenging stereotypes we have mixed teams playing football with a deep level of respect for each other.”

East Stanley has used the Rainbow Laces resources in PSHE lessons at the school to create a more open environment: “The Rainbow Laces resource pack helped us in our PSHE lessons when talking about what it means to be a part of the LGBTQ+ community or discussing gender stereotypes. Now all the pupils are aware of different types of representation; they know that it doesn’t matter if you are homosexual or heterosexual, a boy or a girl, your ethnic descent, or what your first language may be.”

As a member of the LGBTQ+ community, Adam appreciates the difference that resources like Rainbow Laces make: “Now that I have these resources I reflect and think that if material like this had been available when I was in school, it would have helped me to identify and feel more comfortable as a result of inclusive topics being spoken about openly. The more we use material like this in primary schools, the more we will create a better environment for everybody to live freely. It is only going to have a positive influence.”

Speaking about whether he would recommend the resources to fellow teachers, Adam said: “I would 100% recommend them. Knowing how the PSHE curriculum works, Rainbow Laces has been great for us. For other teachers who are looking to increase inclusivity at their school, we have loved the outcomes the resources have given us. Premier League Primary Stars has a wide variety of resources too and there is also the opportunity to build Rainbow Laces – and others resources – into additional lessons around Maths, English and PE. We have seen a real difference and our pupils are happier as a result.”

As part of the Rainbow Laces 2021 campaign, Premier League Primary Stars have launched a brand new resource titled Rainbow Laces – This is everyone’s game. The resource includes an educational film, and supporting resources, that celebrates LGBTQ+ football fans and showcases the power of football to bring people together. The film tells the story of a young Sheffield United fan and member of the LGBTQ+ community, who talks about what football means to her and how it has played a part in helping her to feel proud of who she is.

Premier League Primary Stars is available to teachers at primary schools in England and Wales for free, supporting English, Maths, PE and PSHE. The programme is already in 83% of schools and has over 50,000 teachers signed up. For any schools yet to get involved, head to the website today to sign up and join the Premier League Primary Stars community. 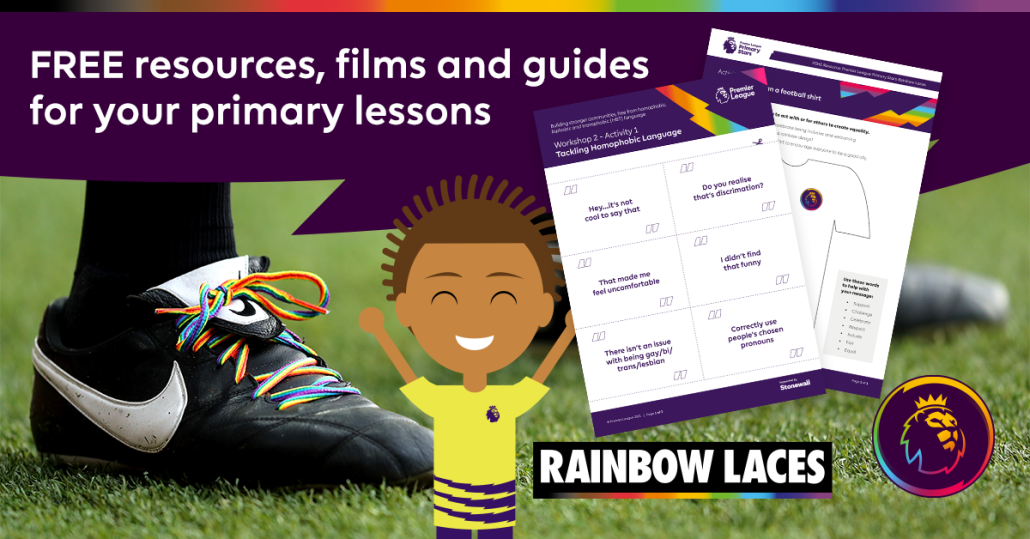 Tweets by @EducatorMagUK
Prioritising financial education will add £200bn to the UK economy by 2050 Taking the world by storm.
This website uses cookies to improve your experience. We'll assume you're ok with this, but you can opt-out if you wish.Accept Read More
Privacy & Cookies Policy