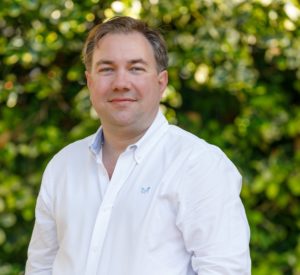 Following cyber-attacks on 14 UK schools and colleges, cyber security and insurance provider Coalition is encouraging educational establishments to use a free online security scanning tool to check their internet security.

The tool, called Coalition Control, scans all the parts of an organisation that face the internet to give a ‘hacker’s eye view’ of security. It then provides a report listing any security vulnerabilities and their severity so that organisations can take active steps to fix them and mitigate risk.

The call comes after a hacking group named Vice Society stole confidential documents from schools and posted them online. According to the BBC, Vice Society is behind a recent string of high-profile attacks on schools across the UK and the US.

According to the UK Government’s Cyber Security Breaches Survey 2022, 41% of primary schools and 70% of secondary schools had suffered at least one cyber-attack during the previous year. Of the schools attacked, phishing was the most common form of incident, followed by impersonation attempts and viruses. The report noted that ‘schools do not necessarily stand apart from the typical business in terms of the kinds of breaches and attacks they are reporting.’

Tom Draper, Coalition’s Head of Insurance in the UK, said: “We know that most British schools and public sector entities can’t afford to buy cyber insurance or top-line cyber security. But by using Coalition Control, they can get an accurate picture of what security weaknesses a hacker can see in their system within a couple of minutes, and easily understand if any data, like passwords, may have leaked onto the web.”

Coalition Control is available online at https://control.coalitioninc.com/. Users input their email address, validate it, then provide basic information, including the organisation’s email domain, to begin the scan. The results are usually available within minutes and provide clear advice on resolving the identified issues.

Draper continued: “Coalition’s mission is to protect the unprotected, especially small businesses and the public sector. Having made this incredibly sophisticated scanning tool available in the UK, it seems a no-brainer for schools and colleges to check their security using it. It’s also useful for students studying computer sciences to see what a scan like this can detect.”

Coalition is the world’s first Active Insurance provider with a radical approach of combing sophisticated cyber security tools with cyber insurance. Founded in the US in 2017, the firm has since expanded to Canada and launched in the UK last September. Founder and CEO Joshua Motta was a former CIA operative and was invited to the White House to discuss cybersecurity with President Biden in 2021.

Tweets by @EducatorMagUK
CHILDREN’S MENTAL HEALTH WEEK: DISCOVERY EDUCATION PROVIDES RESOURCES TO UK... Stonyhurst College partners with Dynabook to bolster digital learning exper...
Scroll to top
This website uses cookies to improve your experience. We'll assume you're ok with this, but you can opt-out if you wish.Accept Read More
Privacy & Cookies Policy