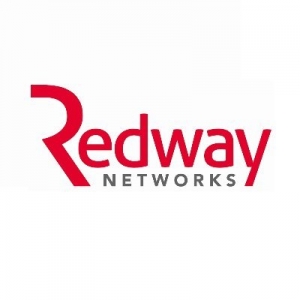 The John Warner school has improved wireless connectivity and future-proofed its network for the next ten years with a new next-generation WiFi 6 solution from education wireless experts Redway Networks. The transition to Cisco Meraki has given the school a hyper-secure wireless network that delivers faster speeds and more capacity for its high-density environment with simple cloud-based network performance monitoring.

John Warner is a mixed-secondary school with academy status, based in Hoddesdon, Hertfordshire. The school has expanded considerably over the last ten years and today it has 1,332 pupils who benefit from its many facilities. With numerous of school-owed and bring your own devices (BYOD) connecting to the network simultaneously, it was vital that the school created a robust, secure wireless network infrastructure that would improve mobility and enhance its learning environment, whilst keeping students safe online.

Chris Baker, IT Network Manager at The John Warner School says: “We were having issues with our existing Ruckus access points failing as they had come to the end of their life, so we urgently needed to replace our WiFi. Our school has grown significantly over the years with more students and additional buildings.  With this expansion, keeping everything connected increased so we needed a more superior network that would provide reliable wireless coverage and secure network access for students and teachers with the classroom engagement and technology resources they deserve. We also wanted to move to a next-generation WiFi 6 solution that would support multi-user capacity with improved performance and speed.  In addition, we wanted a cloud-based WiFI solution that would be easy to manage without compromising on performance.”

Chris continues: “I’d had correspondence from Redway Networks and knew they had a good reputation in the education sector.  I initially contacted Redway to quote on an Aruba Central solution as I’d had a previous quote so wanted to compare.”

Redway Networks organised a WebEx meeting to run through the school’s wireless requirements and once these were met, Redway was able to use its independent wireless expertise to recommend other solutions in addition to Aruba. Chris says: “I was really impressed with Redway’s WiFi knowledge and they explained the different options and benefits of each WiFi 6 solution.  I was originally focussed on Aruba, but Meraki really caught my attention for its powerful simplicity in providing complete network visibility and management with no hardware or controllers, all from an easy-to-use cloud dashboard.”

Chris continues: “Meraki was slightly more expensive than Aruba, but with Meraki’s “first year on us” promotion, we bought a 10-year software licence with 1 year free (Aruba only offered 5) consequently both products worked out about the same price, so I was really pleased that Redway persuaded me to look at Meraki.”

Chris says: “I was really impressed with the design service we got from Redway Networks, in particular the WiFi visualisations and configuration plan.  I did a couple of minor tweaks to the initial design, but these were purely based on AP positioning for example, how easy would it be to get a cable to the AP so this determined positioning slightly.”   With the designs approved Redway installed Meraki across the school’s six buildings and it is now benefiting from a well-designed, high performance wireless local area network (WLAN) that delivers seamless connectivity and has improved network security.

Chris says: “From an administrative point of view Meraki is very simple to use so managing network devices or checking and updating access points can be done easily on the spot through the Meraki App on my mobile phone.  Hence, I’ve saved a considerable amount of time in network management which has given me more time to look at enhancing our school’s technology needs.  Our new WiFI has also given us an extra layer of network security.  Previously, we’d always had issues with the network restrictions we’d put in place as students and staff could still get through the controls and access printers etc but Meraki has stopped that”.

Chris concludes: “We now have significantly better network coverage with much faster WiFi and staff have commented on how clear the imagery comes across in online meetings such as MS Teams.  Redway Networks has been knowledgeable throughout the whole project and the service we’ve received has been exceptional.  From the initial phone conversation, through to the product recommendations, design period, implementation and final survey – everything has been 100%.”

Tweets by @EducatorMagUK
LEGATUM INSTITUTE PUBLISHES IMPACT ANALYSIS OF SCHOOL RE-OPENING DECISION The most innovative and ultra safe digital school board launched today
This website uses cookies to improve your experience. We'll assume you're ok with this, but you can opt-out if you wish.Accept Read More
Privacy & Cookies Policy