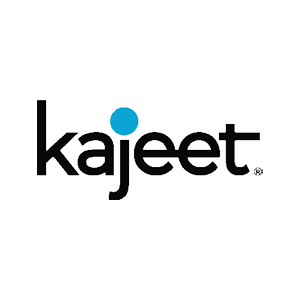 Many of the half a million pupils across the UK who don’t have internet at home are becoming socially excluded from their classmates and are falling far behind in their school work, teachers have warned.

An online YouGov survey of primary and secondary school teachers across the UK, commissioned by EdTech firm Kajeet, found that almost a third of teachers surveyed (31%) think that lack of internet access over the last year has led their pupils to be socially isolated as children lead more of their lives online.

Some 64% of teachers surveyed told the pollsters that pupils without internet access at home have not progressed nearly as well in their learning , while 31% say that this has led to social exclusion. More than a quarter (28%) say that no internet access has been detrimental to pupils’ mental health and made them lack confidence (27%).

At least 550,000 children across the UK have no internet access at home, while more than 910,000 can only get onto the internet through a parent’s phone, according to the latest figures from the communications regulator Ofcom*.

It is now a legal requirement for schools to provide ‘remote education’ during the pandemic – April’s 2021 Ofsted updated inspection handbook states that a remote learning provision is now required by all schools. However, many schools now set homework that needs to be completed or researched online and pupils without wifi, a monthly broadband connection or a device are increasingly left behind.

More than a quarter of teachers surveyed – 27% – are particularly concerned about the issue of pupils without internet access at home for the coming year, the survey found.

“As a school it is so important for us to ensure all our students have access to the same resources and to the same level of support and making sure everyone of our students can access great education.  We would not be fulfilling our role as educators if students were left behind.”

St Mary Magdalene, alongside a growing number of other schools in the UK, has used the Kajeet SmartSpot, a device which allows pupils to access the internet from their homes for as long as they need without an existing internet connection.

The wireless device, created by EdTech firm Kajeet, comes with safety features that block harmful content and has been successfully trialled in primary and secondary schools across the UK.

Ben Mansell, Kajeet’s UK spokesperson, said: “The internet is something that many pupils, just like the rest of us, take for granted. Pupils now expect to just go online to do their homework and connect with their friends.

“But for hundreds of thousands of pupils across the UK, this is not the case. As this survey of teachers shows, pupils without internet access at home are not just being left behind in terms of their schoolwork, teachers fear they are now being socially excluded too as pupils increasingly live their lives online.

“We need to urgently reduce the digital divide between those pupils who have internet access at home and those who do not so that all pupils are able to do their homework and access virtual lessons, regardless of their socio-economic background.”

The survey also found a staggering 64% of teachers who have children without internet access at home are printing out homework for them.

Tweets by @EducatorMagUK
Aldi and Team GB launch their new Design a Lorry Competition EVERFI & TEACHER TAPP RESEARCH FINDS 97% OF TEACHERS STRESS THE IMPORTANCE...
This website uses cookies to improve your experience. We'll assume you're ok with this, but you can opt-out if you wish.Accept Read More
Privacy & Cookies Policy