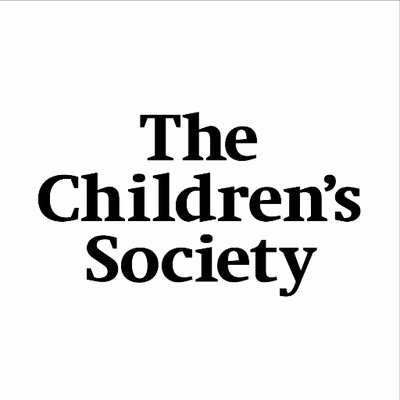 School exclusions have left some children at increased risk of harm – with decisions too often taken without efforts to understand and address issues which may be affecting their behaviour, a new report has found.

The Children’s Society’s report, Youth Voice on School Exclusions, includes both positive and negative insights from 11 young people on exclusions, but finds that many feel ‘written off’ and that they were not listened to.

The report includes young people’s ideas about how to improve the system and has been produced by the national charity’s Disrupting Exploitation Programme, which is funded by The National Lottery Community Fund, the largest funder of community activity in the UK.

It found that challenges like being moved into care, learning disabilities, knife crime and child exploitation, and experiences of bullying and racism could all affect children’s behaviour in school, leading to them being excluded.

Some young people told how they were then exposed to drugs and criminal exploitation in Alternative Provision settings, and how feeling bored at home and closures of community facilities like youth clubs left them vulnerable to advances by those looking to exploit them.

They felt this could have been avoided had they been supported to remain in school with help to address issues in their lives affecting their behaviour.

As one young person put it: “Think schools should work with young people to resolve the situation and make it better…if a young person brings a knife to school they get permanently excluded. The young person might be scared, being bullied, schools just don’t try and find out.”

Children said exclusions had also affected their learning, leaving them feeling isolated and uncared for, as well as impacting their relationships at home, their self-esteem, hope for the future, well-being and mental health.

There were mixed reports on the quality of support in Alternative Provision, with one young person describing their pupil referral unit as being ‘built like a prison’. But another told how smaller class sizes meant teachers had more time to listen to them.

The insights of young people have informed four principles the charity is urging schools to adopt to help ensure they are inclusive for all children. It believes that implementing these will lead to a happier, safer environment for pupils and help reduce the number of exclusions.

The principles include listening to young people, being flexible and taking into account children’s individuality, building and nurturing positive relationships and acknowledging power imbalances between teachers and children – giving pupils a voice in decisions affecting them.

Lucy Dacey, National Programme Manager for the Disrupting Exploitation Programme at The Children’s Society, said: “Being excluded from school can harm not only children’s learning but also their safety, well-being and life chances.

“Many of the children we support because they have been groomed into crimes like dealing drugs in county lines operations have been excluded from school or are at risk of exclusion.

“It’s therefore vital that schools do everything possible to identify and address issues in children’s lives which may be affecting their behaviour.  The Disrupting Exploitation Programme wants to be a part of this, training teachers, supporting schools to review their behaviour policies and working to prevent school exclusions.

“As well as digging deeper when pupils misbehave we want school leaders to ensure school systems and rules take account of the fact that some pupils will experience challenges in their lives which are likely to affect their learning and well-being.

“Rather than seeing vulnerable young people as outliers who do not ‘fit’ the system, we want schools to change where necessary to ensure they are more inclusive and supportive.”

The Children’s Society says examples could include mitigating the risks of children who live in poverty getting into trouble for not having the right uniform by ensuring uniforms are inexpensive, reviewing behaviour policies to ensure they take account of the additional needs a young person may have and ensuring letters to migrant parents are translated where necessary.

Tweets by @EducatorMagUK
SCHOOLS AND COLLEGES URGED TO TAKE ADVANTAGE OF WINNING GRANT SCHEME Delight after plans for new school move ahead
This website uses cookies to improve your experience. We'll assume you're ok with this, but you can opt-out if you wish.Accept Read More
Privacy & Cookies Policy