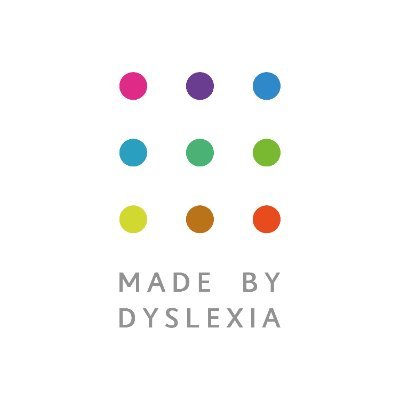 ’The School Report’, launched today by global charity, Made By Dyslexia, highlights the importance of training all teachers in the Dyslexia, revealing that over half of schools globally fail to understand dyslexic challenges and 80% of dyslexics are leaving schools undiagnosed.

​​The report with new research conducted with the global dyslexia community has found that only 1 in 10 say that teachers have a good understanding of dyslexic strengths, with 80% of students left to muddle through with support that is average, poor or non-existent. 85% of people describe the process of identifying dyslexia as difficult or not possible, reporting that only 4% of schools screen for Dyslexia, indicating that there is much more that could and should be done to support and help teachers and dyslexics in the classrooms.

Sadly, dyslexia and the lack of support for students and society has been known about since the 40s – but there has been little to no progression in making the classroom environment more inclusive for Dyslexic learners. This has impacted prison numbers, employment rates and society, for example up to 40% of prison inmates in New York are dyslexic, and over half are in the UK.

1 in 5 people are dyslexic – that is 1.55 billion people; following the success in New York City, where all 100.000 New York City public school teachers been trained, Made By Dyslexia, is launching the ‘Learn Dyslexia’ campaign. They are calling for every school globally to allow their teachers to take a day for dyslexia Take A Day For Dyslexia and up skill using the FREE online training offered in partnership with Microsoft.

Kate Griggs, CEO & Founder of Made By Dyslexia, “We’ve known how to support dyslexia for decades, and we’ve known that without support these children enter a spiral of failure, but nothing has been done. There, however, is a very simple solution to this big problem; we need to train all teachers to spot, support and empower dyslexic students who are in every classroom, around the world. And we need to do it at speed… just like New York City. We’re now encouraging the rest of the world to take a day to Learn Dyslexia”

To make this possible, Made By Dyslexia is continuing its partnership with Microsoft to provide free online training featuring experts from world leading dyslexia schools, to make expertise freely available to all teachers, to level the playing field and create school systems where every child with dyslexic can thrive. There are three free training courses, Dyslexia Awareness, Dyslexia Teaching and new Dyslexia and Technology with more coming in 2023.

Paige Johnson, VP Educational Marketing at Microsoft, adds, “Understanding and knowing how to spot, support and champion dyslexic thinkers at all ages is vital. By offering accessible, free and informative training focusing on dyslexia in partnership with Made By Dyslexia, we hope to start to see a more inclusive world that embraces those who think differently. We are excited to launch the new training module focused on Dyslexia & Technology, to help people understand the free tools available to support and develop the skills of dyslexic thinkers”.

Josh Clark, Head of Landmark School & Chair of International Dyslexia Association, adds, “This training enables every teacher to create an inclusive classroom where dyslexic learners can thrive. It is essential training for EVERY teacher and educator, because whether you’ve recognised them of not, dyslexic learners are 20% of EVERY classroom and have exactly the thinking skills the world of work needs.”

From Andy Warhol to John Lennon, Nelson Rockefeller to Spike Lee and Martin Scorsese, Dyslexic Thinking has pulsed through New York, pushing the boundaries of art, music, film, fashion, and media. Shaping its past, present, and reinventing its future.

Made By Dyslexia is excited to confirm that the next World Dyslexia Assembly will be held on April 3rd at New York’s David Geffen Hall, Lincoln Center (both David Geffen and Lincoln are dyslexic thinkers). The Assembly will be a celebration of Dyslexic Thinking with speakers including spies, space scientists, sports stars and special guests.

Kate Griggs, Made By Dyslexia comments, “New York is where creative legacies are made. It’s where big ideas come together and synthesise into something unstoppable. So where better to stage our next World Dyslexia Assembly – our unparalleled social movement and event series, which is building the ultimate alliance of game-changers across the globe.”