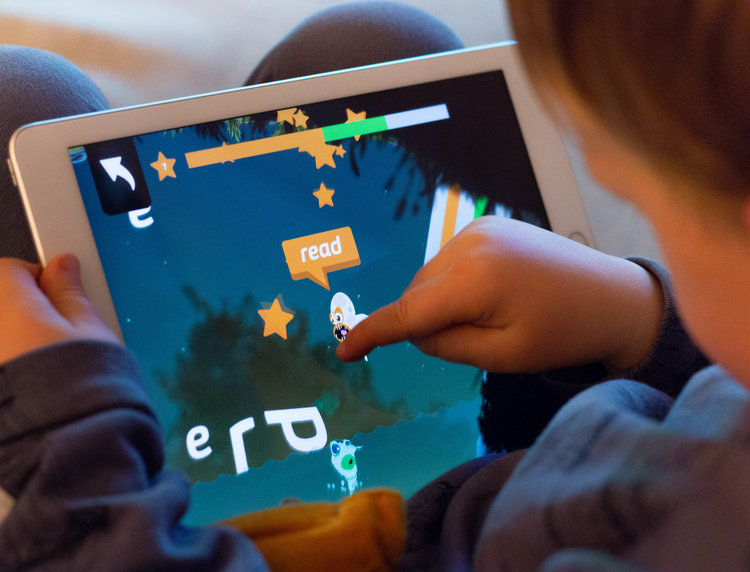 Oslo-headquartered Poio (www.poio.com), the app providing a compelling, gamified alternative to traditional learning methods, has today announced the UK launch of its English language platform, empowering millions of British children to learn to read through play.

Poio, launched in 2017 and acquired by Norwegian game-based learning platform Kahoot! in May 2019, has to date helped over 100,000 Scandinavian children obtain the fundamental skills necessary to achieve reading proficiency. The Poio app (and accompanying physical storybook) provides an immersive learning experience for children, typically aged between 3 and 8. Through playing in the app they explore a magical universe inhabited by the eponymous troll and discover reading through linking the sounds of letters to actual words.

The app-based world of Poio, available for £19 in App Store and Google Play, differs from other digital learning tools through its overall focus on play and encouragement, in a safe and secure environment, enabling children to ‘crack the reading code’ and enjoy the reading process. Poio’s goal is to raise literacy proficiency through the utilisation of phonics – the repetitive practice of letter sounds, which can then be blended together to form complete words – introducing children to the fundamental principles of reading.
Poio’s unique learning solution was devised by CEO, educator and Founder, Daniel Senn, out of necessity. Daniel’s son, Leon, had been born with a hearing impairment which meant that traditional learning methods were inadequate. With school curriculums designed for the majority, Daniel felt that children who struggle to learn to read ran the risk of becoming demotivated as they watched their friends and classmates progress. As such, Daniel set out to find a solution, working in close collaboration with fellow educators to devise a tool that encourages self-motivated learning and makes the process of learning to read easier and more enriching for children, irrespective of their circumstances or ability. Consequently, Poio has fast-become a much-loved game for many children, from curious, eager learners, to those that require a different way of thinking in order to achieve their goals.

In launching an English-language version of the app, Poio aims to help address alarming statistics from the Department for Education, which revealed that in 2018, 1 in 5 children left primary school unable to read or write properly, as well as the fact that currently, the UK ranks 17th for literacy among 34 OECD countries.

Daniel Senn, CEO and Founder comments: “At Poio, we know firsthand that school systems around the world are designed for the majority of students that develop at the same pace and do not facilitate for those who might take longer to grasp the principles of reading, or those who learn in different ways. We have seen the efficacy of a gamified learning solution with our son Leon, as well as with hundreds of thousands of students across Scandinavia, and are excited to bring the method to the UK and the wider English-speaking world. Reading is one of life’s most fundamental and essential skills, and we want to make sure that children everywhere have access to a solution that works for them, while also raising literacy levels and increasing children’s enjoyment of the school curriculum and reading list”.

The knock-on effect of poor literacy is clear; further research by the OECD, conducted in 2015, found that a concerning number of 15-year-olds across the UK lacked a minimum level of literacy proficiency (18% in England and Scotland, 15% in Northern Ireland, and 21% in Wales), and the World Literacy Foundation estimates that the yearly cost of functional illiteracy to the UK economy is £37bn.

Poio – The Game and Learning Method
Poio facilitates learning to read within a safe gaming environment that children want to explore. The goal of the game is to help a troll, named Poio, learn to read the storybook he has stolen from letter bugs (characters known as ‘readlings’) in a magical location called Straw Island. In a troll-like fit of pique, Poio has imprisoned these letter bugs due to his frustration at being unable to read. To help the troll learn to read, children must free the readlings and collect words. These words are broken down into individual phonetic letter sounds voiced by the readlings, helping the child familiarise themselves with the letter and its corresponding sound and the particularly challenging vowel sounds.

The child is then encouraged to spell out the word and then drag it into a virtual book in order to advance the story, with the difficulty of the game adapting to each individual child. As the child proceeds, they can earn coins for completing in-game challenges, with this currency enabling them to decorate houses unlocked by finishing tasks.

Poio focusses on encouragement – rather than lingering on mistakes – to ensure that a point of failure is never reached whereby the player cannot proceed within the game. Constant encouraging feedback helps boost the learner’s self-esteem and ensures that they are motivated to continue, a factor especially important for low ability readers.

In addition, as part of Poio’s offering, parents receive an email with progress report and advice. This helps foster a positive relationship within families, rather than the frustration and isolation often experienced with traditional homework. Once progress has been made and the virtual book has been completed, the physical storybook can be obtained by adults to give to their children as a reward.

Acquisition by Kahoot!
In May 2019, Poio was acquired by global learning platform Kahoot!, making it part of the Kahoot! learning experience, next to the DragonBox family of math apps and school curriculum. In addition to launching the UK version of Poio, the acquisition will enable Poio to launch in other languages and improve functionality, enabling millions of children around the world to crack the reading code.

About Poio
Poio is a game-based learning-to-read app, helping children crack the reading code through play. Founded in 2016, Poio has today helped more than 100,000 children to learn to read. Poio has so far been launched in Norway and Sweden, quickly becoming the #1 learn-to-read app in Scandinavia. In June 2019, Poio will be launched globally through a British English version. The company is headquartered in Oslo, Norway.

Tweets by @EducatorMagUK
British Museum and Samsung renew partnership for further 5 years VODAFONE FOUNDATION ANNOUNCES NEW DIGITAL CREATORS’ CHALLENGE FOR 11-14 YEAR...
This website uses cookies to improve your experience. We'll assume you're ok with this, but you can opt-out if you wish.Accept Read More
Privacy & Cookies Policy