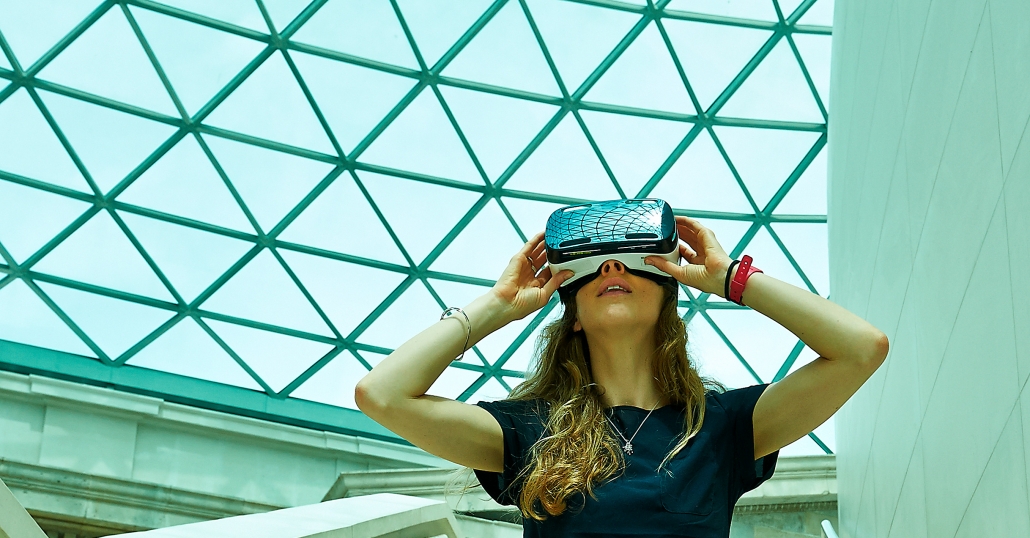 The British Museum and Samsung today announce a further five-year partnership, which will take their longstanding and award winning collaboration through to its 15th anniversary in 2024. As part of the new agreement, the Museum’s Samsung Digital Discovery Centre (SDDC) will undergo a major refit and there are ambitious plans to further increase the number of schools and families who engage with the Centre both on site and online. 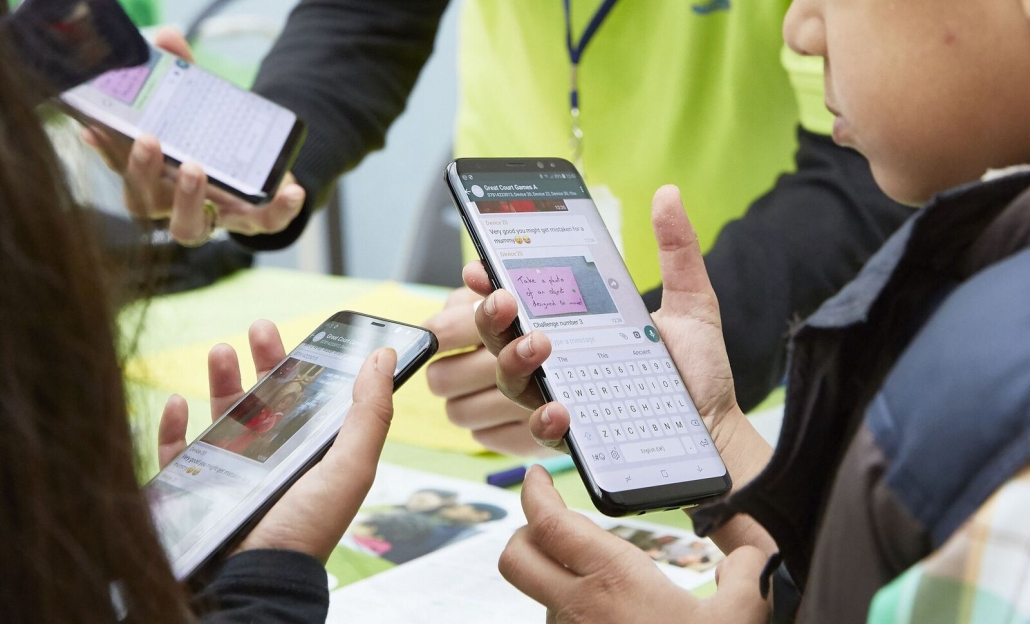 The SDDC, which is based at the Museum in Bloomsbury, was created to provide a state-of-the-art technological hub for children and young people to learn about and interact with the British Museum’s collection. This past year, the Centre welcomed its highest ever number of visitors, with 25,000 school children and families using the SDDC in 2018/19. Since the Centre opened in 2009, 144,000 have visited the space to take part in a wide variety of activities such as workshops, family drop-ins, and facilitated school visits. It provides the largest programme of digital learning activities in any UK museum, and sessions include “Roman Britain treasure challenge” and “Code the Rosetta Stone”. This September the SDDC will reopen after a refurbishment which will include a full upgrade to the latest Samsung technologies. This will ensure that the Centre can continue to provide a first-class learning experience for the increasing number of visitors. 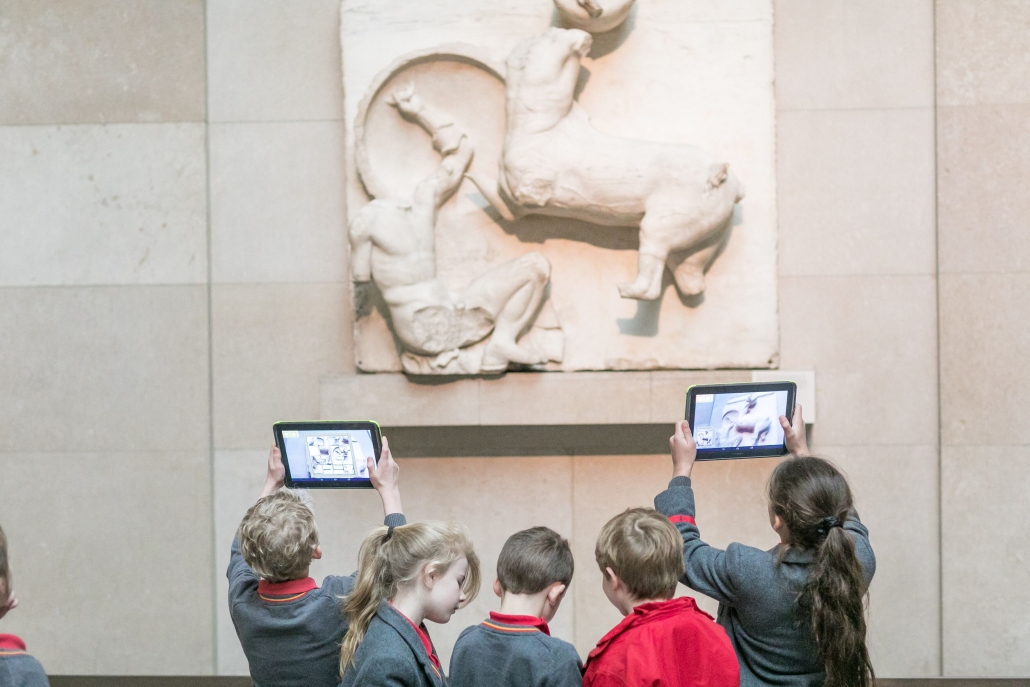 Currently the SDDC welcomes nearly 500 children and young people per week on average, across 19 activities. Over the next five years the aim is to raise these figures, including the ambitious target of increasing the number of families visiting the SDDC by 25% by 2024. This will be achieved in part by providing an expanded programme of events for under-5s as well as self-led tours for schools.

The Museum also wants to ensure that schools that aren’t able to travel to London can enjoy the educational benefits of the Centre. That is why the Virtual Visit programme – where experts at the British Museum run a learning session via a two-way livestream direct to school classrooms – will be expanded to accommodate more than double the number of students taking part each year, to 3,600. This will mean that more pupils from all parts of the UK will be able to experience the SDDC to learn more about subjects drawn from the curriculum and brought to life through the British Museum’s vast collection.

Thanks to Samsung’s generous support, expertise and technology the SDDC schools and family programmes have transformed the Museum’s digital learning provision into a world class, sector leading and award-winning programme. In 2017 it won ‘Best Digital Museum Experience’ by Leading Cultural Destinations and was given an honourable mention in the Education category at the Museums and the Web 2017 GLAMi awards. In April 2018, it won first place in the ‘Best Science & Technology’ category for London in the first annual Hoop Awards. The partnership between Samsung and the British Museum was also recognised as the Best Education and Learning Sponsorship at the UK Sponsorship Awards in 2015. Highlights of the programme over the past decade have included the Virtual Reality Weekend in 2015, which received significant national press coverage, where visitors were able to explore a virtual reality Bronze Age site through Samsung Gear VR headsets. In 2017 the Samsung Great Court Games were launched which saw hundreds of families explore the British Museum’s permanent collections using digital games. 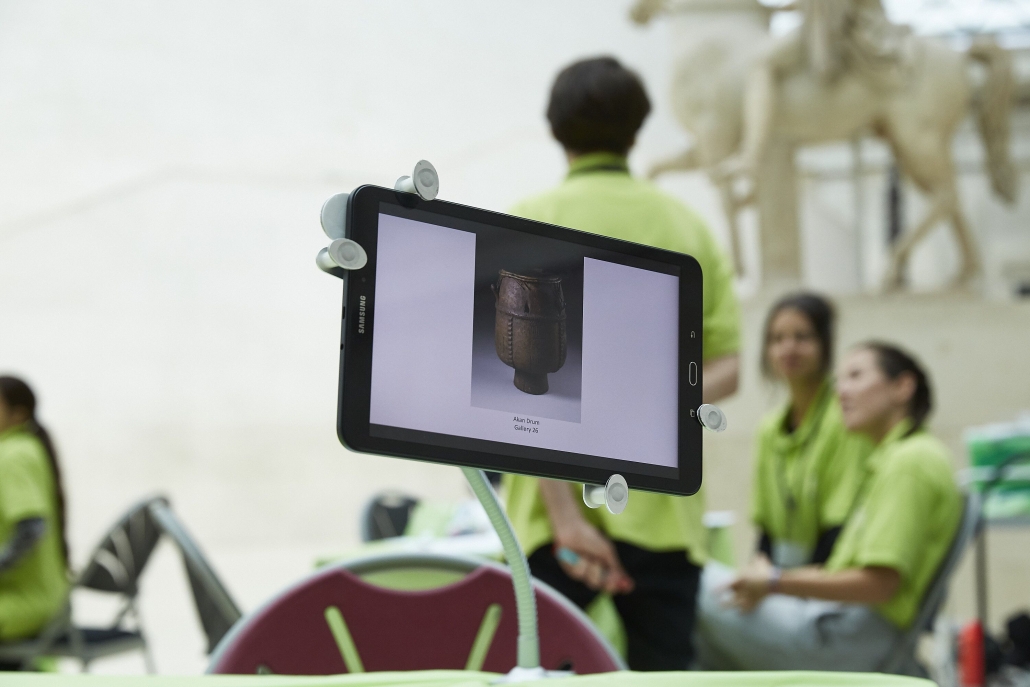 The SDDC has developed in line with evolving audience expectations, teaching trends, technological advances and changes to the National Curriculum and has been used as a model of best practice with many international government officials and museum professionals. The Centre’s audiences also continue to demonstrate the highest levels of satisfaction, with 95% of families surveyed in 2017–18 stating they found the sessions ‘good’ or ‘very good’, and that 96% of teachers said they would recommend the SDDC to a colleague and would bring a student group to the SDDC again.

Hartwig Fischer, Director of the British Museum, says: “Thanks to the generous support of Samsung, the Samsung Digital Discovery Centre at the British Museum has become a centre of excellence in digital learning that is the largest of its kind in the UK. We are delighted that more children and young people than ever before are enjoying all the SDDC has to offer, and the extension of the partnership between Samsung and the Museum for another 5 years demonstrates that we are committed to see those numbers increase further.”

Francis Chun, President & CEO of Samsung Electronics UK & Ireland says: “We are delighted to renew our partnership with the British Museum once more as we mark our 10th anniversary. Our work together to create an award-winning hub for digital learning is a source of real pride for Samsung. We look forward to continuing to use technology to make the British Museum even more special for young people and making this experience accessible to more people than ever before.”

The Samsung Digital Discovery Centre at the British Museum will close for refurbishment on 28 July and reopen in mid-September 2019. Activities for families will continue to run on weekends over the summer in other areas of the Museum. See britishmuseum.org for details.

Tweets by @EducatorMagUK
When words aren’t enough, teachers find a common language with iPad Poio and Kahoot! announce the launch of the English language edition of Poio,...
This website uses cookies to improve your experience. We'll assume you're ok with this, but you can opt-out if you wish.Accept Read More
Privacy & Cookies Policy