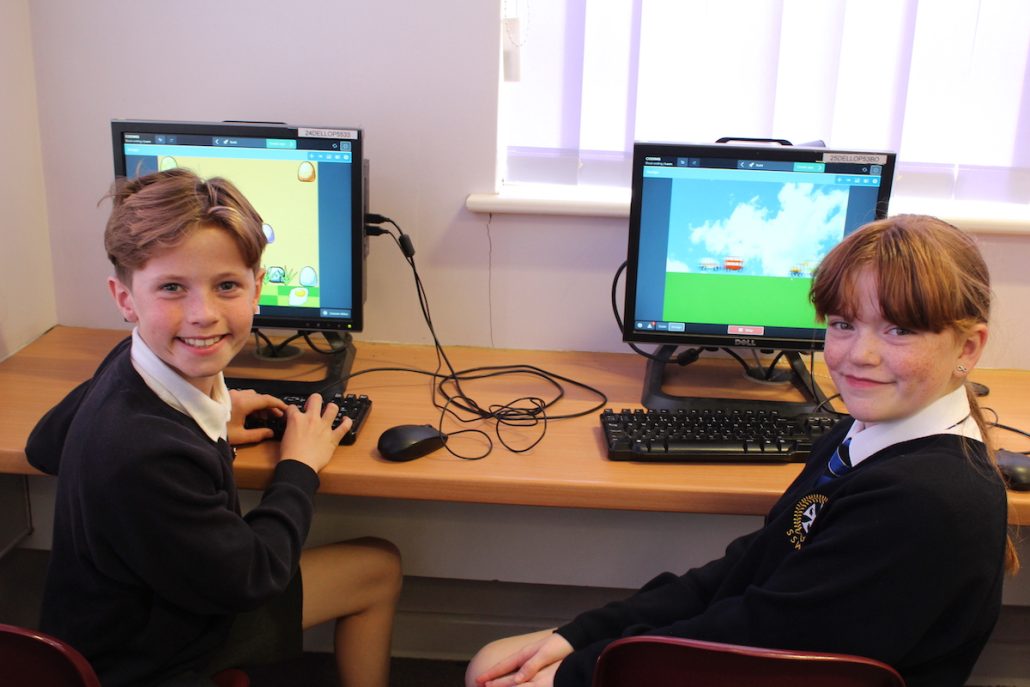 Pupils from a Hillingdon primary school have been showcasing their coding skills during EU Code Week – a global event which celebrates computer programming.

Launched in 2013, Code Week aims to shine a light on the importance of coding while helping young people build skills for the future. The annual event is growing in popularity and last year over 4 million people in 80 different countries took part.

Putting their tech skills to the test, they created imaginative games including Burst The Bubbles, using block coding to make bubbles float across the screen and go POP! Older pupils also mastered a game called Hungry Snake, using special commands to move a snake across a desert in search of hidden eggs.

“Our pupils have really enjoyed taking part in Code Week. It’s so important that we teach children to code, because coding is the future! Today’s students are already tech savvy, but coding gives them a new dimension. It helps them to understand how apps and games work. It’s like telling them a magic secret! Lots of my students say, “I want to code when I grow up”, and Discovery Education Coding has inspired this. They’re excited by coding and talk about it constantly, which can only be a good thing. It’s opened doors to new possibilities and given them a sense of “I can do this!”

Pupils taking part in Code Week were excited to share their thoughts on computer programming.

“ I love coding because it is interesting and fun. I also like that there are no limits to what you can code and design and you can use your imagination.”

“Coding lets me be creative and program different things to make them do what I want them to do.”

Used by thousands of pupils, Discovery Education Coding is one of the UK’s leading primary computing resources. Supporting teachers to meet the National Computing Curriculum, it helps pupils to gain a thorough understanding of coding concepts and to  develop computational thinking skills.

Code Week takes place between the 8th and 23rd October 2022. Find out more at codeweek.eu.

NBA LAUNCHES SECONDARY SCHOOL PROGRAMME FOR TEACHERS IN THE UK