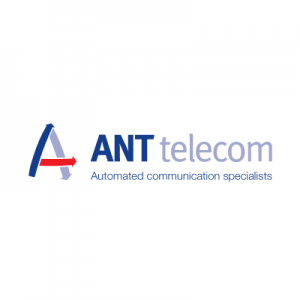 With reports of violence in schools increasing, Klaus Allion, Managing Director at ANT Telecom, examines what schools are doing to protect their staff. His school report? Could do better.

The 2014 murder of Leeds school teacher Ann McGuire at the hands of a student was a brutal reminder of the potential dangers teaching professionals face in the classroom. Three years later and violence in British schools is rising. Whilst fatalities are rare, physical assaults against adults are not. Although all schools have behavioural policies that promote self-discipline and respect, the real world doesn’t always follow the rulebook; bad behaviour is inevitable. The challenge is to ensure that on the rare occasions when things threaten to spiral out of control, schools are able to escalate a response and subdue a situation before it turns violent. However, evidence suggests that many are poorly prepared, relying on archaic and flawed processes to protect their staff – and, at times, their students – in the event of a serious incident. It’s a high-risk approach. And, with familiar and cost-effective technology now able to mitigate that risk, it’s a totally unnecessary one.

The statistics are hard-hitting. In 2014/15, almost a quarter (24%) of permanent and fixed period exclusions in English schools were due to physical assaults – 36% of which were against adults. Almost a third (32%) of permanent exclusions in primary schools were for assaults against adults. It’s even worse in special schools (33%). The problem though is not restricted to England. Last month, a primary school head teacher in Scotland was left ‘bloodied and hospitalised’ after a violent assault by a pupil. It was just the latest of almost 10,000 similar incidents north of the border in the past three years.

In 2014, an ALT survey revealed that 57% of all staff in British state schools had faced aggression from a student in the previous year, with 45% of it taking the form of physical violence. 70% said they had been threatened. Last year, a UNISON survey revealed that 53% of teaching assistants had experienced violence in the classroom, with respondents claiming to have been kicked, punched, slapped and headbutted by children. It’s therefore all the more worrying that many schools have sub-optimal processes in place to alert colleagues to an incident and escalate a response.

The scenarios where confrontation might occur are familiar, with perhaps the most dangerous existing when staff are working alone. For example, the one-to-one performance review with a struggling student, the after-school detention with a difficult pupil or the late-night lock-up following an after-curricular activity. Worryingly, data reveals that potential threats are not restricted to students. UNISON reports that 26% of threats and 5% of violent attacks on school staff come from parents or carers. This could, for instance, take the form of a school liaison officer visit to the family home, or the parents’ evening meeting in a private classroom. In each case there is the potential for an intimidating three-versus-one confrontation.

So how are schools faring in their attempts to assure staff safety? In the words of the clichéd school report: they could do better. A high number of educational institutions still use the school bell as an alert mechanism. This does nothing to help third parties locate an incident, while the sudden sound of an alarm can send confusion and potential panic amongst the school. Similarly, many schools believe that conventional mobile phones provide an effective solution. This assumes that in the heat of a tense situation, a colleague has the time and opportunity to make an emergency call. But who do they call? And what happens if no-one answers? In either scenario, staff can be horribly exposed.

It’s no surprise that teachers do not feel adequately protected in the workplace. A recent survey showed that more than 20% would not feel confident dealing with a student that acted violently towards them, or if they were hurt when working alone. Almost a fifth of teachers (18%) say that the safety of staff in their school is a big concern, with only 37% of respondents believing it is not an issue. 18% of teachers surveyed say their school does not have any safety measures in place to protect teachers, whilst 48% of schools don’t have alarm devices or mobile apps to activate alerts. Crucially, 68% of teachers say they’d feel safer with a panic button or device that could trigger an alarm.

Thankfully, today’s connective technologies mean that modern panic buttons offer much more functionality than a basic alert; they can automate a range of actions to escalate a response quickly and discreetly. When pressed – often via an app on a user’s smartphone – a panic button not only triggers an alert to notify colleagues of a developing incident, it reports the details of who triggered it and their location. The most effective tools can activate live audio recordings that allow colleagues to listen in and assess what course of action is required, in real time. These recordings are also invaluable for post-incident assessment. Finally, to underpin the approach, panic button technology can capture a real-time log of activity to satisfy audit requirements and demonstrate to staff that their safety is a priority.

Historically, many schools have been reluctant to invest in such technology due to common misconceptions around cost. However, since these tools are managed in the Cloud, deployment is relatively inexpensive; with the main infrastructure already built, schools are not required to pay full-scale development and implementation costs, they simply need to tailor their escalation processes to suit local requirements and Standard Operating Procedures. Calculations show that it costs as little as a daily newspaper to protect its staff. The price of failure is far more expensive.

The application of this kind of innovation is common place in other sectors where organisations need to safeguard staff who work alone. For example, social workers and healthcare professionals are finding that the use of such technology provides reassurance on the rare occasions they encounter hostility. Similarly, the devices are supporting manufacturing organisations with lone workers in hazardous remote locations – helping them both protect employees and comply with Health & Safety legislation. That same legislation, with the same severe penalties for non-compliance, applies in schools.

As violence against adults in schools continues to increase, educational institutions can no longer afford – albeit unintentionally – to neglect the safety of their staff. Schools undoubtedly take safety seriously, as evidenced by initiatives we see occurring across the country. For example, the introduction of metal detectors to screen students for knives is a clear attempt to tackle a growing problem. But a metal detector cannot pick up a fist or a headbutt. Similarly, the recent pilot of body camera technology on teachers in schools is a bold, if controversial, attempt to reinforce classroom safety. It might record an incident – but it won’t escalate a response to it.

So despite these – and similar – efforts, schools should perhaps consider staff safety more holistically. If a serious incident occurs on your site, what processes do you have in place to deal with it quickly and effectively? How do you know it’s happening, and how can you escalate a response before it’s too late? What’s more, how can you prove what you did?

In a teaching environment where assaults are increasing, automated cloud technology can help make schools a safer place. Ignoring it is just a different kind of dangerous.

Tweets by @EducatorMagUK
UK students working with IceCube Neutrino Observatory to examine radiation in... CXK’S CAREER GUIDANCE RECOGNISED AS ‘GOOD’ IN LATEST OFSTED REPORT
This website uses cookies to improve your experience. We'll assume you're ok with this, but you can opt-out if you wish.Accept Read More
Privacy & Cookies Policy