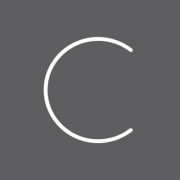 CYPHER LEARNING, specialist provider of learning platforms for organizations around the world, has announced a major upgrade to the ‘Learning Paths’ feature of NEO, its learning management system (LMS) for schools and universities.

NEO is an LMS for schools and universities that is known for its intuitive user interface, extensive feature set, and strong return on investment. NEO provides a refreshingly new way to teach and learn that boosts student engagement and makes teaching easier.

Learning paths, usually comprised of a set of related classes, are a set of goals that a student must accomplish to master a subject or skill. Due to this, they are used by schools and universities to motivate students to achieve goals.

Learning Paths were already a powerful feature and differentiator for NEO LMS because of its innovative set of options such as gamification and automation. With automation, teachers can define actions that occur when the path is completed, such as awarding certificates, sending custom messages, and more. Gamification introduces a fun, competitive spirit that allows students to gather points and badges as they advance through the classes in learning paths.

As part of the upgrade, CYPHER LEARNING has made Learning Paths a first-class item in NEO and added new features such as path templates, archiving, copying, exporting, and importing.”

Graham Glass, CEO of CYPHER LEARNING explained why the major upgrade was a priority: “We’re constantly focused on innovation and we wanted Learning Paths to be as powerful and comprehensive as Classes are in NEO LMS. We believe that Learning Paths now give us a clear advantage on the market, due to its new features.”

Tweets by @EducatorMagUK
GETTING THE RIGHT HEATING MIX FOR YOUR SCHOOL Inaugural Executive Dean of new King’s Business School appointed
This website uses cookies to improve your experience. We'll assume you're ok with this, but you can opt-out if you wish.Accept Read More
Privacy & Cookies Policy