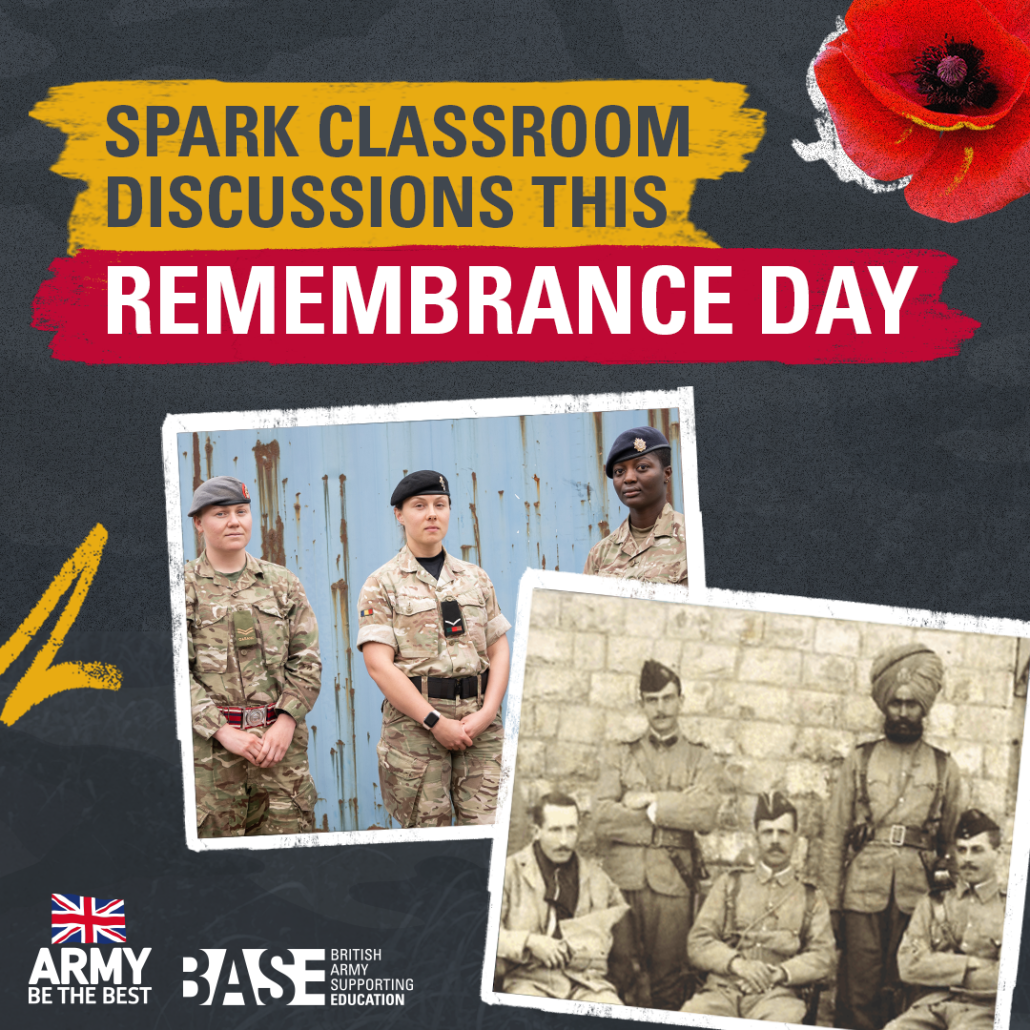 London, 25 October 2022: Ahead of this year’s Remembrance Day celebrations on 11 November, the British Army has developed new, free resources that introduce students to the ways different groups commemorate Remembrance, highlighting diverse voices and experiences. The resources have been designed to encourage students to further explore the vital, unsung role of women as well as members of the LGBTQ+, Sikh and black communities.

The resources have been created for students aged 11-16 across all four nations. They present schools with a fresh and engaging approach to Remembrance Day. Students will learn what Remembrance is, why we come together to commemorate it and the diverse ways that we commemorate Remembrance. Individuals will also develop key skills and knowledge on the topics of similarities and differences.

This year’s resources have been designed to encourage students to think about the parades and memorials they will have seen – perhaps a theatre production too. The cenotaph is traditionally associated with Remembrance Day, but students will be encouraged to find out more about The Women of World War II Memorial. It remembers the seven million women who served, either in the armed forces or on the Home Front. And at the Imperial War Museum, visitors can see the Memorial to Black, Asian and Minority Ethnic (BAME) communities who lost their lives to conflicts in the name of Britain’s Empire and Commonwealth.

Students will be asked to think about the different varieties of poppies that are worn to mark Remembrance and their individual significance. Did you know that the Khadi poppy honours the contribution of Indian soldiers to Britain during World War I? And did you know that the purple poppy commemorates the animals that have been victims of war?

Students can further explore subjects touched upon in the Remembrance resources. They will learn about the remarkable contribution of diverse voices standing shoulder to shoulder with Army personnel past and present, including women and members of the black and LGBTQ+ communities. It also includes a Sikh Service pack produced in association with the Defense Network and historian, Gurinder Singh Mann. It allows students to understand the varied contributions of Sikh soldiers throughout the history of the British Army. 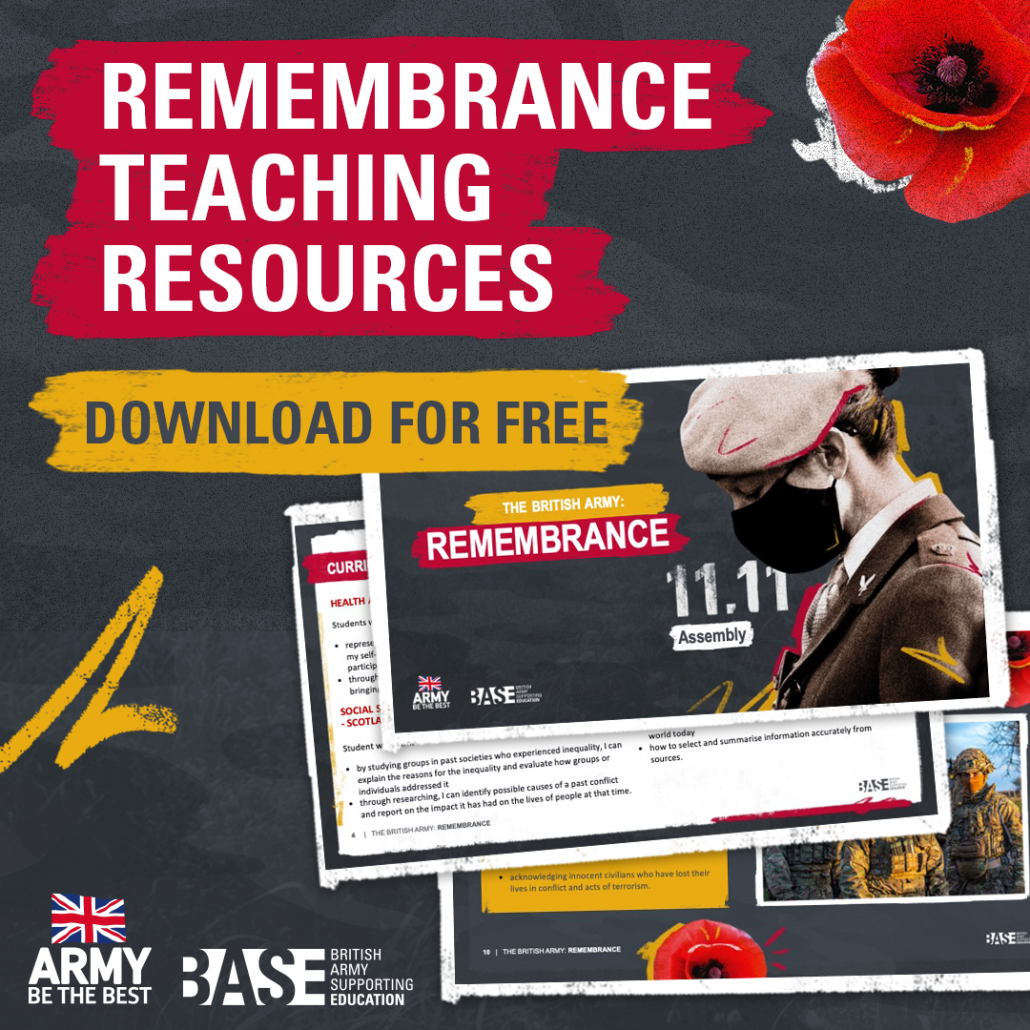 Julian James, a design technology teacher in Wales, said: “For too long, assemblies celebrating Remembrance Day have always followed the same outdated format. To mark this year’s poignant event, the British Army is providing schools with a fresh approach to presenting such important, historical information. Its resources feature music, thought-provoking images and stimulate questioning. The Army’s lesson resources are undoubtedly a new way of keeping the tradition of Remembrance Day going, while deepening students’ knowledge of its meaning and relevance to their lives.”

Major Jennifer Close added: “Remembrance isn’t just about why we remember and who we remember, it’s also about how we remember. Through our work with schools across the UK, we have revisited just what Remembrance Day means to students. We have worked with teachers and Army personnel to create resources that will spark discussion in the classroom – and beyond. The events around the world are a constant reminder that Remembrance plays a part in all our lives.  We hope that in the run-up to Remembrance Day, our resources will help students shine a new light on their past and their future.”

CST responds to the speech from Amanda Spielman, Her Majesty’s Chief Inspector of Schools

Tweets by @EducatorMagUK
New Adobe Express Innovations Make Content Creation Easy, Fun and More Prod... Game-changing recruitment and training supplies a solution to England’s teacher...
This website uses cookies to improve your experience. We'll assume you're ok with this, but you can opt-out if you wish.Accept Read More
Privacy & Cookies Policy