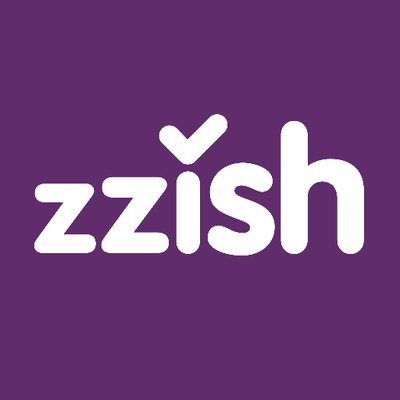 The research*, commissioned by UK education technology firm Zzish, found that almost 4 out of 5 (79%) secondary school teachers believed that CATs – whose results also determine which learning groups children are likely to be placed in class based on their predicted learning pace – may be putting a glass ceiling over children’s ability and potential.

One rationale for this is because teaching programmes that are heavily informed by CATs results, at best, only ensure that grade predictions (e.g. C and B grades) are fulfilled rather than exceeded (A and A* grades).

CATs tests are generally regarded in the industry as having a high level of validity – that is, its believed that 95% of the time, the results and predictions it yields for pupils’ academic progress and performance five years later is said to be accurate*.  Three quarters (75%) of secondary school teachers who teach Year 7 who say that they use student progress against CATs predictions in order to decide which students to focus their teaching efforts on, say they do so to ensure underachieving pupils get back on track to attain national average levels of achievement across core curricular subjects – yet only 8% believe unequivocally in its accuracy.

While the assessment is said to be useful in identifying moderate learning difficulties, 68% of teachers admit to feeling demoralised and unmotivated in their job because they were unable to able to help most of their students outperform their CATs predicted grades.

This is particularly true of secondary school Mathematics teachers (66%) and is potentially symptomatic of a wider disengagement problem in the discipline and a critical decline in students pursing it further beyond GCSE.

Demoralisation in teaching is a pervasive issue that continues to beleaguer the profession, where overworked teachers feel that there aren’t enough resources to make a meaningful impact on pupil progression and outcome – but demotivation is particularly troubling. An eighth (12%) of teachers in the study who do not use CATs prediction to inform their teaching effort say that students generally fail to exceed their CATs predictions so using the results in this way is not a good use of time.

Hope for breaking a self-fulfilling prophecy?

Despite the apparent sense of helplessness that teachers feel in being unable to help a majority of children realise their full academic potential, 78% agree that – with the right teaching and support, many children could still outperform their CATs predictions. An overwhelming 95% of secondary teachers say that if they had more time and resources, they would even be able to transform children who are underachieving into high achievers.

Just under two thirds (65%) believe that education technology could be the route to more effective teaching and learning and by extension the key for breaking the self-fulfilling prophecy of CATs scores, but current classroom technology is failing to drive mastery of subjects, optimise teachers’ time and convince sceptics of its efficacy.

Nearly all in this group (94%) believed that – as part of a strategy to improve academic performance – education technology had the potential to enhance both children’s enjoyment of learning and their enjoyment of teaching – thereby significantly increasing positive outcomes.

“The CATs system was well intended, but we have inadvertently designed a system around them that reinforces student predictions rather than one that aims to excel them. Students who are behind on predicted progress are given extra help to catch up whereas those that are on track are left alone,” commented Charles Wiles, CEO of Zzish.

“Whilst predictions can add value to our teaching they should not be used to set a glass ceiling on achievement. All children of all abilities should be encouraged to achieve their full potential no matter what their predictions say. To do this we must design systems focused on this mission. The Education Endowment Foundation, for example, has carried out research that shows techniques such as mastery-based learning and self-cognition can have a tremendous impact on helping students progress faster.”

He continued: “At Zzish we are focused on encoding these and other discoveries into software tools for teachers so that they can more easily apply these techniques in the classroom, save time and help their students achieve more.  For example, Zzish makes it much easier for teachers to differentiate their teaching resulting in students of all abilities achieving improvements of 8-10% in standardised test scores for science. And our mastery dashboards are automatically populated by playing fun classroom quiz games saving teachers hours of time each week in tracking student progress against learning objectives.”

Wiles, who is a former Google product manager and holds a doctorate in robotics and artificial intelligence, was motivated to set up Zzish, the leading edtech venture in 2014 when – as a single parent – he was trying to get his smart but disengaged and recently bereaved teenage son to enjoy school where he was struggling in the bottom sets.

“I just felt my son’s test scores were not reflective of his true ability,” Wiles confides. “I was also really surprised at how passive his teachers were in response to my request that we get him up to the level to do Higher Maths and Triple Science.  They tried to convince me that doing the easier courses would not impact his ability to get into the top universities. It also reminded me of another teacher who told me that the tests that students take when they join secondary school, aged 11, are 95% predictive of their final GCSE grades that ‘it doesn’t matter’ what or how subjects are taught; ‘it would make a marginal difference’ to the final outcome. But I believed that something positive could be done. ”

The eureka moment occurred when, one day at work, Charles got a notification from the SongPop app he played with his daughter, alerting him that it was now his turn to answer a music quiz they were currently playing. Wiles thought, “wouldn’t it be good if this was an educational quiz rather than a pop one? And what if that same app took the performance data and diagnosed learning gaps that, through targeted play, could help a child memorise and master a subject?”

Today, 80,000 teachers from 110 countries and a million students currently use it. Last year, Zzish was a finalist in the Teach Secondary’s Technology & Innovation Awards 2016 for its role in improving standards of teaching and learning at Key Stages 3 and 4 during the 2015/16 academic year. One school professed that it has improved test scores by 10% in six months. It is also a finalist in this year’s E-Assessment Awards for Best Use Of Formative Assessment. In 2015, Zzish was shortlisted as an EdTech 20 startup in recognition of its innovation and growth, selected as a Future 30 business at the Bett Show 2015, and also one of only two edtech startups accepted on the 2014 TechStars London program from a pool of 1,200 applicants.

Tweets by @EducatorMagUK
PUPILS ‘MAKE WORLD BIGGER’ TO WIN NATIONAL COMPETITION Mersey Ferries brings learning to life for thousands of schools across the North...
This website uses cookies to improve your experience. We'll assume you're ok with this, but you can opt-out if you wish.Accept Read More
Privacy & Cookies Policy