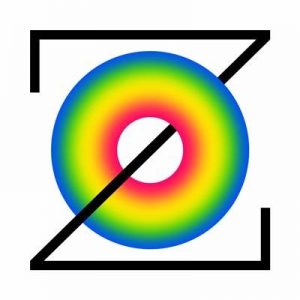 24 January 2017: Edtech startup, Zaprendo, has announced the launch of its innovative learn-to-read app, Sounds English Phonics, at Bett 2017. The app is designed to accelerate reading achievement and early-stage literacy by teaching pupils with a reading age of between six and nine years to utilise 92 commonly occurring grapho-phonemes (written sounds).

Research carried out by Zaprendo and reviewed by the University of Surrey has proven that the app is a high-impact learning tool for children and is 2.8 times more effective than standard literacy approaches. The study compared a test group of eight and nine-year-olds using Sounds English Phonics alongside their standard literacy class against a control group not using the app, over a 30-day period. The results showed that every student in the test group improved their reading age, with the majority gaining more than a year within the 30 days. In comparison, only 3 per cent of the control group improved by more than one year in reading age.

Using an innovative approach, the app also demonstrates how to say the written sounds through video, in either British or American English, with learning consolidated through the in-app formative assessment. A calendar tracks pupils’ progress and the app’s algorithms adapt learning to suit the pupil’s individual level and pace, encouraging self-driven learning and providing a personalised learning experience that helps them to become confident, independent readers.

Inés Noé, Co-founder of Zaprendo, said: “The UK and the US have remained outside the top 20 countries in literacy skills since 2006, with the latest PISA results revealing that both countries are still significantly lagging behind. The Sounds English Phonics app can change this – with research already proving its effectiveness.”

Alan Wagstaff, Educationalist and Co-Founder of Zaprendo, added: “Sounds English uses a synthetic, phonics approach. It allows students to work at their own pace and cleverly adapts so that only written sounds unknown to them are presented for learning. The speech production videos, in American and British English mean the app can also support learners who don’t have English as their first language.”

Developed for iPhone, iPad and Android devices, Sounds English Phonics is currently available to download on the iTunes and Google Play stores.

Co-founder of Zaprendo, Alan Wagstaff, will be delivering a series of short talks for parents and teachers at Bett 2017. The topics include: “The Big Four: When children fall in love with learning”, “Move It!: A powerful, new early reading strategy”, and “Crossing the Finnish Line: the ‘why’ and ‘how’ of early reading acceleration”.

Visit Zaprendo at stand G314 at Bett 2017 to find out more about the Sounds English Phonics app and to attend the short talks by co-founder Alan Wagstaff.

To find out more about the Sounds English Research, visit www.zaprendo.com/research or contact hello@zaprendo.com.

Brexit shines spotlight on political literacy courses in schools as bookings... Studytracks: Disrupting education at Bett 2017
Scroll to top
This website uses cookies to improve your experience. We'll assume you're ok with this, but you can opt-out if you wish.Accept Read More
Privacy & Cookies Policy
Necessary Always Enabled