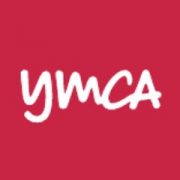 Research published in the Eudaimonia Report compiled by Central YMCA, found that the use of social media often amplifies the user’s current mood.

These findings support a recent Organisation for Economic Co-operation and Development (OECD) Pisa survey* which revealed that British students who spent more than six hours online per day had a weaker sense of belonging, felt lonelier and were more likely to be bullied.

The OECD Pisa survey also found that, British pupils in comparison to their global peers are more anxious and worried, with almost three quarters reporting feeling nervous before tests compared to a 55% international average.

“Our study found that many young people (those 24 years or younger) use social media as a way to improve their mood and sense of personal wellbeing, a much higher proportion than older groups.

“However, while this may be the effect when they are already feeling positive, the research found that using social media when in a low mood often exaggerates these negative feelings.

“The impact of social media on our personal sense of wellbeing is clearly complex, but young people should be aware that there are better strategies to help lift their spirits when feeling low.

“These are, according to the data, involve undertaking physical activity or spending time with good friends or family.  Mental stimulation, is also shown to improve feelings of wellbeing, such as completing a difficult task or learning something new.”

Tweets by @EducatorMagUK
GDPR: How education organisations should prepare for compliance London Youth Rowing begins new mission to tackle inactivity in teenage girl...
This website uses cookies to improve your experience. We'll assume you're ok with this, but you can opt-out if you wish.Accept Read More
Privacy & Cookies Policy