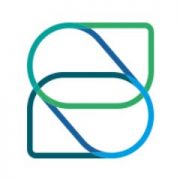 The British Science Association (BSA) has today announced the winners of the Technicians Make it Happen photo competition. The announcement took place at Thorpe Park during the BSA’s Great British Science Club celebration event, which is being held to celebrate 30 years of CREST Awards.

The BSA partnered with the Gatsby Charitable Foundation on their Technicians Make it Happen campaign to promote the valuable role that technicians play within society and the UK economy. The photo competition was run earlier this year as part of British Science Week and saw hundreds of entries from students across the UK.

Youngsters were asked to create a scene conveying the type of job their chosen technician does. They could use every day materials found in the kitchen or classroom, and any backdrops they could make themselves. They could also act out the scene by dressing up a teddy bear, teacher or a parent as their technician of choice. They then took a photo of their scene and shared it via Twitter.

The winners and their respective categories are as follows:

The shortlisted finalists were invited to the celebration event being held at Thorpe Park today to mark the end of the CREST Award’s 30th anniversary year. The winners received an array of prizes, including a Nikon DSLR camera kit and Fujifilm instant cameras.

Maria Rossini, Head of Education at the British Science Association, said: “I would like to congratulate all of the finalists of this fantastic competition. The standard of entries was very high so it was a difficult choice for us to make, but everyone did brilliantly. We loved seeing the creative and innovative approaches taken by students, and seeing the huge variety of technicians featured in their photos. The Technicians Make it Happen competition and wider campaign has provided a great platform for a profession that is often overlooked or misunderstood. It has been a pleasure to be involved and we hope it will have inspired many young people to explore these wonderful and varied career paths.”

Michelle Rea, Communications Manager at the Gatsby Charitable Foundation, said: “It has been so encouraging to see all of the superb entries that have been submitted to the Technicians Make it Happen photo competition. The standard has been excellent and it is wonderful to see young people of all ages engaging with the fantastic careers on offer for technicians in this country. Congratulations to the winners and all those who took part.”

Tweets by @EducatorMagUK
CDG SHINES A BEACON ON LEADING INDEPENDENT SCHOOL Royal visit marks achievement of students with autism at Baston House Schoo...
This website uses cookies to improve your experience. We'll assume you're ok with this, but you can opt-out if you wish.Accept Read More
Privacy & Cookies Policy