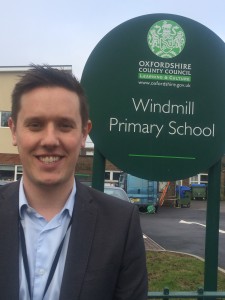 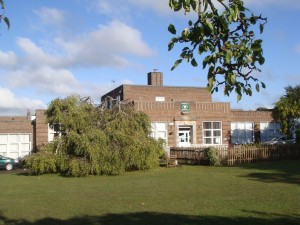 Windmill Primary School in Headington, Oxford, is a large primary school with a pupil roll of 570 in a very mixed catchment area.  In June 2015 the school was judged Outstanding by Ofsted who said: “The head teacher, extremely well supported by all governors and staff, leads a school where ‘Achievement through Community, Creativity and Challenge’ is the vision.”

Despite this success Windmill Primary was keen to improve the communication between home and school and see more involvement from parents at school events and in the daily life of the school. Here Andy Howe, deputy head at Windmill Primary explains the innovative solution the school used to solve this problem.

The main challenge we faced was to communicate with all parents, to encourage them to attend events such as school plays and carol concerts and to enter into the life of the school.

We used to send out weekly newsletters, but because parents would often forget dates and times before the event we started to send reminders on social media and to interact via Facebook and Twitter.

This worked well but we felt it was not a good real-time solution for communicating with parents. Teachers could never be sure that parents would log into Facebook at the right time which could result in them missing important updates, for example about a school trip.

Texting was never a realistic option. It is inefficient and cumbersome. The cost of sending messages to mobile phones can be very expensive. Some companies charge 6p a message so we were not willing to go down that route.

In 2013 we sent out a survey and the overwhelming result was that parents would prefer an app.

We worked with Apps Central, creator of the School Calendar and News App and found this the best solution to meet our needs.  It had the functionality we were looking for and the image we wanted to project. The costings were good and it was a really professional product.  The app went live in October 2014.

Enabling real-time notification of important matters such as trips and activities, it is an ideal way to send frequent reminders to parents. We also use social media to drive the message home. The results speak for themselves as we now have better and larger attendance of school events.

There have been 500 downloads so far: 330 have been for Apple and 174 for Android. Although in some cases both parents of a child will have downloaded the app, I estimate the school has achieved 70% to 75% coverage. The school hopes to extend coverage and sends out reminders in the printed newsletter which we still send out.

On average there is a message every other school day. It links with social media so generally I will write a post for Facebook which is automatically replicated on Twitter and then as a news story on the app.

Parents approve of the app and say it’s easy to download.  They like being connected and feel they are communicating better with school.

The messenger function on Apps Central’s School Calendar and News App has been particularly useful for real-time communication and the school can target messages at specific groups – for example, they can send a message to say that a coach returning Year 4 pupils from a school trip is going to be 15 minutes late so parents do not need to rush into school.

The app has a pin number which is sent out in a newsletter so staff can ensure that only parents and people closely connected with the school have access to the calendar of events and activities. This gives an extra layer of security which is very reassuring for parents.

While I cannot put a figure on savings, I know that the school is spending less on photocopying. We are also saving time because a simple short reminder on the app reaches most parents, replacing the need to send letters. The app is easy for staff to use and Apps Central populates a basic calendar with events and key dates at the beginning of each school year which can quickly be amended and edited to suit changing circumstances.

It is an all-in-one solution. Apps Central offers a fast professional service and the app has proved perfect for our needs. Parents are more engaged in school life and directly informed of news relevant to them.

Tweets by @EducatorMagUK
7 Ways to Make Your ICT Spend Go Further New Kortext analytics dashboard gives universities greater insights into student...
This website uses cookies to improve your experience. We'll assume you're ok with this, but you can opt-out if you wish.Accept Read More
Privacy & Cookies Policy