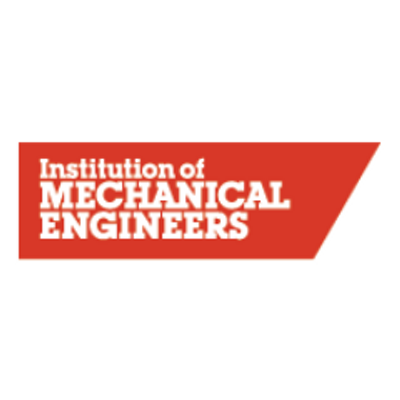 • Women who choose engineering tend to make career decisions later than male peers
• Initiatives should be broader and focus on young women 15-25
• Women with interests in creative crafts and arts should also be targeted
Many more young women could be interested in becoming engineering apprentices but for them to be “converted” to engineering, there needs to be more support and encouragement later in their school careers, according to new research from the Institution of Mechanical Engineering.
Over the past five years, the emphasis on attracting girls to technology and engineering has focused on activities to inspire at the last stages of primary and the first three years of secondary school.
However, the study “Never Too Late: Profiling Female Engineering Apprentices” suggests that there are a large number of girls who might select an engineering pathway post-16 if there were more initiatives to encourage them after leaving school.
The research found that there is a wider opportunity than previously expected to “engage” young women as they appear to make career decisions later than their male counterparts. It recommends that engineering careers initiatives should broaden their outreach to target young women aged 15 to 25.
Although women are under-represented in many STEM areas, this is particularly stark in engineering apprenticeships where just 8 percent of apprentices are female.
“Female engineering apprentices are something of a rarity but there is no evidence that they are a ‘breed apart’” said Peter Finegold, Head of Education at the Institution of Mechanical Engineers and the lead author of the report.
“The UK school population may include many more young women who could be attracted to this career route, given the right opportunities.”
In addition to targeting a wider age range, programmes for attracting women to become engineering apprentices should broaden their approach to include those with interests in creative crafts and the arts.
Female apprentices have been shown to be more interested in these areas than their male peers and less likely to favour technology and “tinkering”.
The Institution-led study, which was also supported by the Gatsby Charitable Foundation, surveyed current and newly qualified female and male apprentices as well as non-engineering apprentices to identify the characteristics of female apprentices. The aim is to provide input into the design of policies to increase the representation of women in engineering career pathways.
The report’s recommendations include:
• Employers, FE colleges and other organisations should broaden their targeting to include young women with interests in creative crafts and the arts.
• Engineering careers initiatives should develop programmes that target young women aged 15–25, since female engineering undergraduate and apprentices appear to make their career decisions later than their male counterparts.
• The engineering community should ensure that it offers practical support and advice to organisations who wish to promote the value of engineering apprenticeships in schools.
• EngineeringUK, along with its partners in the engineering community, should draw on the report’s findings as they work together to reposition the Tomorrow’s Engineers programme; specifically to act on the knowledge that women choosing routes into engineering careers tend to make this decision later, and that their hobbies and interests are less likely to be ‘tinkering’ and more likely to be linked to creative crafts and arts.
• STEM Learning Ltd should recruit a cadre of female engineering ambassadors who are trained to highlight specific messages about engineering apprenticeships, including:
• The creative problem-solving aspects of engineering.
• The suitability of engineering careers, even for those who have not harboured a longstanding interest in the subject.
• How the changing nature of engineering and technology will require future engineers with a variety of skills and interests.

Tweets by @EducatorMagUK
New BP Ultimate STEM Challenge competition asks students: what would you re... Primary schools urged to sign up for NSPCC ‘Speak out. Stay safe.’ visit...
This website uses cookies to improve your experience. We'll assume you're ok with this, but you can opt-out if you wish.Accept Read More
Privacy & Cookies Policy