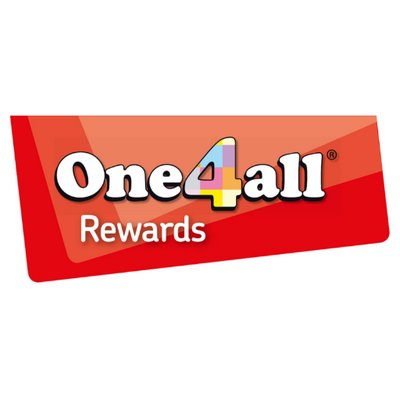 – Bosses being honest, approachable and fair is key for education workers

– Just 6% believe their boss is sincere

MOST adults have a good idea of the qualities and skills most employers look for in prospective new staff, but new research has turned the tables on this – revealing the attributes that education workers believe make up the ideal boss, and how their managers match up to them.

Research published by workplace incentives and rewards provider, One4all Rewards, in the UK Management Review Whitepaper, polled 1,024 UK employees on the qualities they would value the most in bosses and how their own bosses match up to the perfect picture.

The research revealed that being approachable was the highest valued quality for education workers (40%) – something many would expect from their bosses. Honesty was the second most important quality for 37% of workers in the education industry.

An ideal boss in the education sector would also be fair for more than 1 in 4 (26%) workers and understandably, a similar number (26%) preferred their manager or boss to be sincere.

Another interpersonal quality which was highly coveted in bosses was professionalism – a quarter (25%) of education workers felt strongly about this.

The data also revealed how strong an impact a positive boss-employee relationship can have. 1 in 4 workers in education said that having a good working relationship with their boss would mean they would be more likely to stay at a company for the long term (e.g. 5 years or more).

However, the research found that few managers in the education industry matched up to expectations as just 1 in 5 (20%) felt their boss was approachable.

As for those workers who felt their management should be honest, just 19% the currently describe their bosses this way – suggesting a major gap in trust in many education organisations.

Being fair and sincere took joint third place of qualities for an ideal boss in the education industry; worryingly, both traits appear to be lacking in the education workforce, as just 13% describe their manager as fair and only 6% described their boss as sincere.

Professional skills can sometimes seem like a basic requirement for any management role within education, yet the data could suggest that many are not seeing examples of this in their bosses’ behaviour, with just 20% believing their boss is organised.

Alan Smith, UK Managing Director at One4all Rewards, said: “Education bosses should take note – as our research has shown, the relationship an employee has with their boss can be really key. Maintaining these relationships and being a good manager is about more than just the finished product, or numbers on a spreadsheet.

“A good leader inspires workers to want to work hard and has the kind of relationship that means if an employee is having a problem or is unhappy, they will feel comfortable approaching them to discuss it. Similarly, people also need to be able to be able to place a degree of trust in their boss. Without trust and sincerity, feedback – both good and bad – is unlikely to be believed or taken seriously.

Smith continues: “What I find particularly interesting about these findings is how many of the qualities we look for in an employer mirror those a lot of people would also seek out in new friendships outside of the workplace. Bosses don’t need to be friends with their employees, but having the basics of a respectful and honest relationship is important. In addition to these findings, our previous research found that 83% of British workers said that being regularly thanked by an employer increases the sense of loyalty they feel to their company.

“There is so much advice out there about the intricacies of leadership that it can be quite easy to sometimes forget that, ultimately, people want to be managed by trustworthy, approachable and organised human beings.”

One4all Rewards are industry experts in benefits and rewards. Working with over 6,000 businesses of all sizes nationwide, One4all Rewards helps to transform customer and employee relationships through successful rewards and incentive schemes.

Tweets by @EducatorMagUK
NEW REPORT: UK’s failure to integrate engineering in curriculum threatens... AoC responds to Chancellor’s Budget announcement
This website uses cookies to improve your experience. We'll assume you're ok with this, but you can opt-out if you wish.Accept Read More
Privacy & Cookies Policy