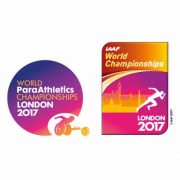 Starting Blocks, the official education programme of the World Para Athletics Championships and IAAF World Championships London 2017 and supported by NASUWT, has passed a significant milestone with more than 1,000 schools now signed up.

The digital hub provides schools with a free, online resource platform suitable for pupils from five to 14 years. Schools not yet using the resource, which is aimed at inspiring and engaging young people in the classroom to get involved with the biggest sporting event in the world in 2017, can still do so via: www.schools.london2017athletics.com

The resources are specially designed to open young people’s eyes to new opportunities and experiences through classroom activities and whole-school ideas connecting pupils to the Summer of World Athletics.

In support and part of the build up to the summer, a number of the UK’s top Para athletes have visited participating schools including double Paralympic T44 100m champion Jonnie Peacock and fellow Rio Paralympic champions Kadeena Cox and Libby Clegg, the latter with guide Chris Clarke.

In addition, NASUWT – the largest union representing teachers and headteachers throughout the UK is supporting the Starting Blocks programme, which will help further advance the goals of increasing access to sport for children.

On top of 1,000 schools being signed up for Starting Blocks, more than 100,000 schoolchildren are expected to attend the World Para Athletics Championships London 2017 taking place at the London Stadium from 14 to 23 July.

Six-time Paralympic gold medalist, David Weir CBE said: “It’s a massive chance to go to a fantastic stadium like the London Stadium to see some fantastic Para athletes. It’s going to be a great day for them. I would have thought I was dreaming if someone had offered tickets at school to go to an amazing stadium to see world-class athletes. I’d have jumped at the chance. It might inspire them to get into sports so it’s a great, great start for youngsters to go and see something special.

“I think the big stadium and the loudness of the crowd helps to inspire. Once you experience that you think you want more. You think ‘I want to be the new David Weir or Richard Whitehead. Or I want to be Usain Bolt.’ It just inspires you more when you see it live. You can feel the atmosphere and realness of it all and the fire that burns in the stadium and on the track.”

Starting Blocks was developed in partnership with leading educational consultancy EdComs, who are responsible for Get Set, the British Olympic Association and British Paralympic Association’s youth engagement programme, with support from leading teachers’ union, NASUWT.

Tweets by @EducatorMagUK
OVER HALF OF FURTHER EDUCATION TEACHERS CONSIDER WORKING OUT OF OFFICE HOURS... Spirulina set to become an affordable superfood
This website uses cookies to improve your experience. We'll assume you're ok with this, but you can opt-out if you wish.Accept Read More
Privacy & Cookies Policy