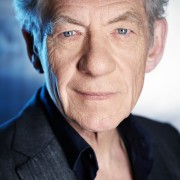 Schools around the world are being invited to tune in to a unique digital broadcast next week, as part of global celebrations to mark the 400th anniversary of the death of William Shakespeare.

Discovery Education, one of the UK’s leading providers of digital content to schools, will host a virtual field trip from Stratford-upon-Avon on 22 April,  giving students worldwide the chance to explore the Bard’s birthplace, school, and other historic locations without leaving their classrooms. Presented by Diane Louise Jordan, ‘Shakespeare 400’ will provide a compelling insight into the life and legacy of the greatest writer in the English language.

The programme includes an interview with the actor Ian McKellen, one of the world’s leading performers of Shakespeare. He talks enthusiastically about his passion for pupils experiencing the power of Shakespeare through seeing his plays performed on stage as they were intended to be.

In the interview Ian McKellen said: “When Shakespeare was writing his plays – 37 of them – 400 years ago, he didn’t publish the scripts, they were for the actors.  He wanted you to come to hear the words spoken and see the play. Although the plays are 400 years old, they go on being more than relevant, they go on being entertaining, illuminating – and for me that’s what makes Shakespeare the best writer of them all.”

Aimed at pupils in Key Stages 2 and 3 and anchored from Shakespeare’s Schoolroom and Guildhall at King Edward VI School in Stratford-upon-Avon, the programme will offer an exclusive glimpse of the classroom where the young Shakespeare spent his formative years, shaping his future as the world’s greatest English language playwright. Pupils watching will witness a re-enacted Tudor lesson, and be among the first to ‘step inside’ the newly renovated 600 year old building, described by historian Michael Wood as ‘one of the most atmospheric, magical and important in the whole of Britain.’

Moving to London, the virtual field trip will also explore Shakespeare’s life in the Tudor capital, with a tour of some of the city’s hidden Shakespeare locations, ending at the famous Globe Theatre. Meanwhile, pupils will see Macbeth brought to life in a fun and accessible way, through a pioneering project that immerses a whole school in a Shakespeare play for a term, and they’ll hear how the themes of Shakespeare’s work are still relevant today.

Scheduled for broadcast on the eve of the 400th anniversary of Shakespeare’s death, this free programme will be watched simultaneously by thousands of children around the world in a unique commemoration of his life and works.

“The Shakespeare 400 broadcast gives pupils everywhere the opportunity to be involved in the global anniversary celebrations. The programme will shine a light on Shakespeare’s relevance in the 21st century, helping teachers to bring his writing and historical context to life in a way which will engage today’s learners.”

The Shakespeare 400 virtual field trip is freely available to all schools, and teachers are encouraged to register online here to access the 25 minute broadcast on 22 April: www.shakespeare-400.eventbrite.co.uk. An on-demand version will be available on the Discovery Education website after the event. The site will also offer free, engaging teaching resources including lesson plans and cross-curricular digital content.