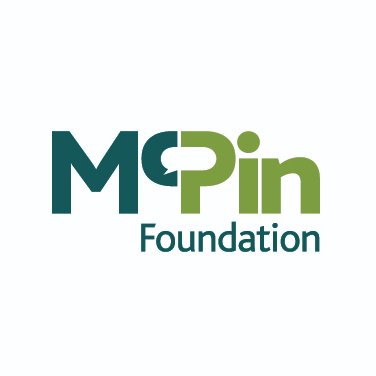 The McPin Foundation, the mental health research charity, today reveals the Top 10 most important, unanswered questions about children and young people’s mental health at a launch event in Parliament.
The Right People, Right Questions project set out to identify gaps in research on children and young people’s mental health, as identified by children and young people, parents, teachers, mental health and social work professionals, and researchers. The output is a list of the Top 10 most important questions not conclusively answered by research.
The hope is that this list will be used by researchers, funders and policymakers to shape research on young people’s mental health over the next three years. This will ensure that resources are used to address topics that matter most to those most readily affected by lack of treatment solutions and poor service delivery.
Childhood and adolescence are crucial times when it comes to people’s mental health. We know that most adults supported by mental health services had problems that emerged in childhood1. This is commonly reported as half of all mental health difficulties manifest by the age of 14, with 75% by age 242. Last week, it was revealed that 1 in 8 people aged between five and 19 had a diagnosable mental health difficulty in England in 2017. For young women aged 17 to 19 the rate was 1 in 4, with over 50% who identified as having a mental health problem also reporting to have self-harmed or made a suicide attempt.
Despite this situation, young people’s mental health is under-researched. There is a lot that we simply don’t know. The Top 10 are a to-do list for researchers, compiled by people who would not only be impacted by research on this topic but who would also be the participants of any research. Involving them right at the beginning, when the priorities for future research are decided, increases the chance the findings will have real world relevance and can lead to meaningful positive change. We believe it is the first time such a list has been compiled on this topic in this way, following a standard process developed by the James Lind Alliance.
The starting point of the list was a public survey that attracted over 5500 responses from over 2500 people, including many young people, parents and teachers. These questions were categorised into themes, with the largest being questions about mental health interventions and services. Focusing on this theme, the team grouped similar questions together under a single overarching question. Working with independent information specialists, the team checked to see whether these questions had been adequately answered by existing research.
This left 91 unanswered questions. A second public survey, taken by 753 people, was used to prioritise these questions. The 25 questions that were rated the most important were taken to a workshop. Attendees discussed and prioritised the questions, coming up with the Top 10 questions, within the theme of interventions and services, for children and young people’s mental health.
As well as generating the most important priorities for research, the project revealed just how poor we are at getting good information about mental health into the hands of the people who need it. Of the questions submitted by the public, over half of the ones we looked into had already been adequately answered by research. People just didn’t know about it. We think this needs to change as well.
The next step is to get answers to the questions and use them to shape policy and practice. The McPin Foundation calls on research funders to fund research that addresses these priorities, and researchers to develop studies that answer the questions and include young people in the design and delivery of their research. Policymakers need to use the answers to formulate policy that leads to meaningful change.
***
“The starting point of the Top 10 was a public survey that attracted responses from a diverse range of people. This means the priorities can be seen as an insight into the nation’s psyche when it comes to the state of our children’s mental health. In other words, the list captures a snapshot of what we are anxious about. It is no surprise to see questions about suicide, the role of schools and the impact of parenting as all have a significant impact on children, families, communities and our society”. Vanessa Pinfold, Co-founder and Research Director at McPin
“Checking the existing science, it was interesting to see where the evidence holes were and how this matches up with public policy. For example, there is a lot of talk about screening and ‘wellbeing assessments’ in schools right now, with plenty of it assuming that it is a good thing. As question 1 shows, whether screening should be done in the first place and what the best way would be to do it, is still very much an open question. There is potential for harm if it is not done well. Another interesting area was the desire for support while people are on waiting lists (question 5). We discovered that although there is evidence on the size of the waiting lists and research on what can be done to minimise them, there is very little on how to support people while they are waiting. It is almost like a taboo to acknowledge that waiting lists exist, which results in no funding to find out what could help people while they wait for an assessment or treatment to start”. Thomas Kabir, Project Lead for Right People, Right Questions at McPin
“One of the messages to take away from Right People, Right Questions is the importance of involving young people in research. We can’t possibly make discoveries that have real impact without listening to, and collaborating with, the people who will be affected by the research. Throughout Right People, Right Questions, young people have been involved at every stage, from choosing the name to developing the surveys, to analysis and dissemination. Their input has made a real difference, which is what meaningful involvement is all about.” Rachel Temple, Young People’s Coordinator at McPin

“We were pleased to be a funding partner in this work, supporting our commitment to research on children and young people’s mental health. We continue to fund PhDs in this area and have seen an increase in both the number and quality of applications in recent years. The Top 10 will be useful to us as we consider which children and young people’s scholarship to award in 2019”. Clair Chilvers, Mental Health Research UK
***
You can view the Top 10 questions on the McPin Foundation website at www.mcpin.org.uk/RPRQ

Tweets by @EducatorMagUK
Six in ten Education workers feel lonely Ten-week literacy intervention in West Yorkshire boys’ school improves reading...
This website uses cookies to improve your experience. We'll assume you're ok with this, but you can opt-out if you wish.Accept Read More
Privacy & Cookies Policy