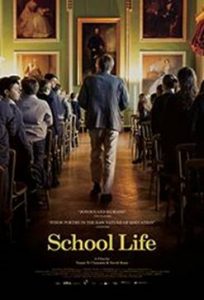 UK, London: September 2017 – Today Magnolia Pictures and Soilsiú Films productions are delighted to announce that its feature documentary School Life co-directed by Neasa Ní Chianáin and David Rane will be released into UK cinemas from 13th October on the back of a successful and critically acclaimed release in the US. The film was an audience favourite at Sundance Film Festival this year.

School Life has received critical acclaim from leading international critics including: “Without a doubt, viewers will recognize a beloved figure from their own school years in the ageing and endearingly oddball teachers”, Fionnuala Halligan, Screen Daily; “Irresistibly charming,” Huffington Post; “A delightful crowd-pleaser. An irresistibly admiring portrait,” Neil Young, Hollywood Reporter and “Finds poetry in the raw nature of education. The most adorable documentary that Frederick Wiseman never made,” David Ehrlich, Indiewire.

A funny and yet poignant observational documentary, School Life follows two ‘prep school’ teachers, John and Amanda Leyden, who have become legends teaching Reading, ‘Rithmetic and Rock ‘n’ Roll to young pupils at Headfort, an enchanting 18th Century Hogwarts-like boarding school – the last of its kind in Ireland. The pace at the school is hectic and the mood infectious as this eccentric, chain-smoking, and very droll British couple, who have lived and taught for 46 years at Headfort, work their magic in hilarious fashion on fertile young minds. The film reflects a unique kind of warmth and fondness that existed between tutor and ward in years gone by, a genuine love of all that makes childhood so precious.  But, in School Life, for both the pupils, moving on from the last days of their childhood, and the teachers, facing the end of their careers, leaving is the hardest lesson to learn.

Co-Directors Neasa Ní Chianáin and David Rane said: “We are delighted to be bringing School Life, our funny and infectiously charming film, to a wide cinema audience in the UK. Described by many as an antidote to the dark times we live in, our film will take audiences on this magical journey into the world of this quirky Irish boarding school and its extraordinary inhabitants, including a Marxist Headmaster, a chain-smoking Welsh Oxford don and an eye-brow pierced ‘Minerva McGonagall’. School Life audiences at Festivals around the world have been moved to laughter and tears by our film but have also been challenged by the unorthodox yet inspirational teaching of our eccentric but adorable main characters.”

Tweets by @EducatorMagUK
EDUCATION SECTOR SET TO BENEFIT FROM MOBILE MARKETING Wear your slippers to school and help Shelter to be there for homeless children...
This website uses cookies to improve your experience. We'll assume you're ok with this, but you can opt-out if you wish.Accept Read More
Privacy & Cookies Policy