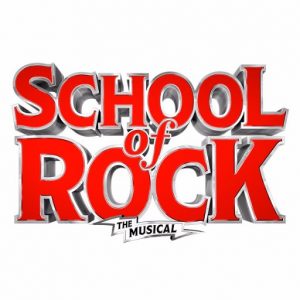 14th December 2016: Following the critically acclaimed West End opening last month of School of Rock – The Musical, Andrew Lloyd Webber announces that from today, academic schools in the UK & Eire can obtain the rights, free of charge, to create and perform their own productions of his latest show.  A first for a newly opened Andrew Lloyd Webber West End production, the announcement demonstrates his ongoing commitment to promoting the arts and music in schools and the positive impact this has on children.

Andrew Lloyd Webber said:  “Bringing School of Rock to the stage has been one of the most joyous experiences of my career.  The show combines my love of rock music with a story that exemplifies my long held belief that music can change young people’s lives in a hugely positive way, and I’m delighted that we are able to make our schools licence so quickly available.  I encourage teachers and their students to pick up their instruments, get going on the script and show the world everything they’ve got to give.”

The rights, free for school productions, will include education packs and music materials.  For further information please visit www.schoolofrockthemusical.co.uk/schools

Lloyd Webber’s West End production of School of Rock – The Musical began previews at the New London Theatre last month and has subsequently been hailed by audiences and critics.  The production has now extended public booking to 9 April 2017, with school groups exclusively able to book until the end of the academic year in July 2017.

Based on the smash hit 2003 film of the same title, School of Rock features music from the movie, as well as new music written by Andrew Lloyd Webber with lyrics by Glenn Slater and a book by Julian Fellowes.  School of Rock – The Musical is directed by Laurence Connor with choreography by JoAnn M. Hunter, set and costume designs by Anna Louizos, lighting design by Natasha Katz, sound design by Mick Potter, music supervision by John Rigby with Matt Smith as musical director.

The musical follows slacker and wannabe rock star Dewey Finn turn a class of straight-A 10 year old students into an ear popping, riff scorching, all conquering rock band. Dewey poses as a substitute teacher at a prestigious prep school to make ends meet, and when he discovers his fifth graders’ musical talents, he enlists his class to form a rock group and conquer the Battle of the Bands. As Dewey falls for the beautiful headmistress, can he and his students keep this special assignment secret as they learn to fully embrace the power of rock?

School of Rock –The Musical received its world premiere in New York at the Winter Garden Theatre in November 2015 where it continues its smash hit run.  Having broken house records, the production subsequently garnered 20 Broadway theatre awards nominations including four at the 2016 Tony Awards – Best Musical, Best Book of a Musical, Best Original Score and Best Performance by a Leading Actor in a Musical.   A national Company will launch a US Tour in the Autumn of 2017, playing coast-to-coast engagements across America.

The Andrew Lloyd Webber Foundation believes that in order to maintain vibrancy in the arts, it is critical that the new generation of potential artists are nurtured and encouraged. Recognising that these are difficult economic times to get a start in artistic life, the Trustees prioritise projects that enable people to develop their abilities and careers.  www.andrewlloydwebberfoundation.com

Produced by Paramount Pictures, the 2003 hit film School of Rock was directed by Richard Linklater and starred Jack Black in a career-defining performance.

Sainsbury’s is proud to partner with School of Rock – The Musical. For the duration of the production, all school uniform will be provided by Tu Clothing from Sainsbury’s. Featuring quality design details such as Teflon fabrics, perfect creases, permanent pleats and long-lasting colour, Tu Clothing ensures that school uniforms will look as good as new night after night.

School of Rock — The Musical is produced in the West End by Andrew Lloyd Webber for The Really Useful Group and Warner Music Group & Access Industries with Madeleine Lloyd Webber as Executive Producer.

LISTINGS INFORMATION FOR SCHOOL OF ROCK – THE MUSICAL

All ticket prices include a £1.50 restoration levy.  No booking fee via official box office channels

Tweets by @EducatorMagUK
Northern Ireland to showcase its exciting edtech cluster at Bett 2017 Manchester Metropolitan University brings stunning 10K brightness to large lecture...
This website uses cookies to improve your experience. We'll assume you're ok with this, but you can opt-out if you wish.Accept Read More
Privacy & Cookies Policy