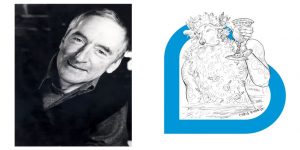 9th February 2017 – Raymond Briggs, the iconic children’s author and illustrator – famed for The Snowman, Fungus the Bogeyman and Ethel and Ernest, his graphic novel/animated film for adults, has been awarded the prestigious BookTrust Lifetime Achievement Award. 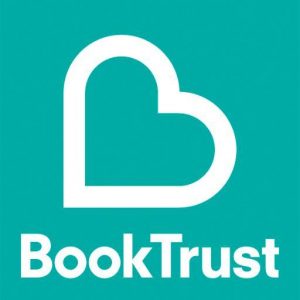 The BookTrust Lifetime Achievement Award celebrates the body of work of an author or illustrator who has made an outstanding contribution to children’s literature. The award was set up in 2015 to celebrate an author or illustrator’s outstanding contribution to children’s books. The first winner was Shirley Hughes, author of Dogger and the Alfie series, whilst Judith Kerr was awarded the accolade in 2016.

The adjudicating panel is made up of six judges including writer Nicolette Jones, current Children’s Laureate Chris Riddell, author and illustrator Cressida Cowell, poet John Agard, Shami Chakrabarti, Britain’s leading human rights campaigner and BookTrust’s CEO Diana Gerald.
Briggs, who has become synonymous with Christmas, said: “It’s lovely to be given an award for all my life achievements. Drawing, telling stories and sharing these adventures is something I’ve always been passionate about. Being awarded the BookTrust Lifetime Achievement Award is an incredible honour and I’m so glad I’ve been able to make such an impression on people.”

Raymond’s most noted works include the classic Christmas tales The Snowman and Father Christmas, as well as Fungus the Bogeyman, Ug, The Bear, When the Wind Blows, Gentleman Jim and Ethel and Ernest.  Born in 1934 to dad Ernest, a milkman and Ethel, a former lady’s maid-turned-housewife, Briggs showed interest in cartooning from an early age and attended various art schools. He briefly pursued painting before becoming a professional illustrator, winning several awards throughout his extended career, including the 1966 and 1973 Kate Greenaway Medals from the British Library Association, the Horn Book Award in 1979 and the British Book Award in 1993 and 1999.

Discussing the impact of Raymond Briggs’ work, Judge Shami Chakrabarti said: “Raymond is a true artistic genius who has touched the hearts of millions of children of all ages. They say that a picture is worth a thousand words and his particular style of illustration is unmistakable as are his understated and poignant words of narrative and dialogue. His talent expresses his values and with his choice and treatment of subjects he brings our history and contemporary challenges to life.”

CEO of BookTrust Diana Gerald said: “It is truly an honour to be presenting our third Lifetime Achievement Award to someone with such captivating and inspiring work. Raymond continues to have such a widespread impact on both children and adults and the award is so very well deserved.”

Tweets by @EducatorMagUK
NO THANKS FROM BRITISH BOSSES FOR EDUCATION WORKERS LEARNER USE OF SMARTPHONE DEVICES FOR STUDIES ON THE RISE
This website uses cookies to improve your experience. We'll assume you're ok with this, but you can opt-out if you wish.Accept Read More
Privacy & Cookies Policy