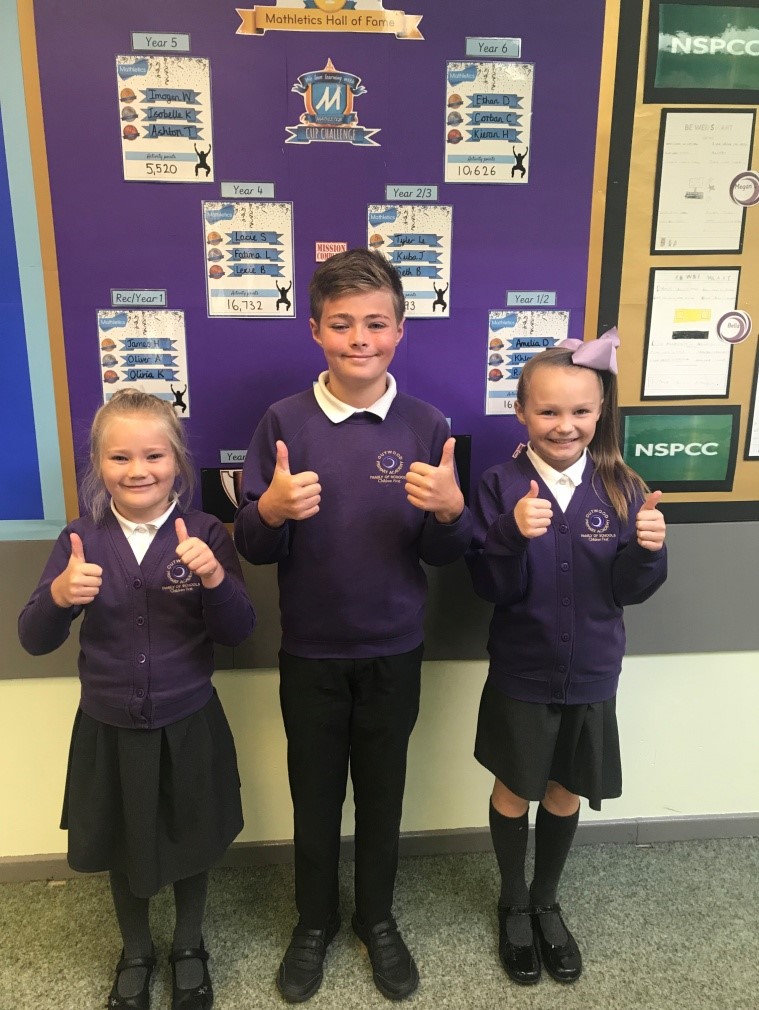 Pupils at Ripon-based Outwood Primary Academy Greystone in North Yorkshire have eagerly immersed themselves in numeracy for a week-long sponsored Maths-a-thon, raising not only their mathematical mastery but also an impressive £200 for the NSPCC.
The Maths-a-thon, which ran from 24 Sept – 1 Oct, was organised by the school’s Academy Subject Lead for Maths, Gary Williams, after he spotted an opportunity to combine pupils’ love of learning ‘gaming-style’ maths on ipads and laptops with fundraising for a hugely worthwhile cause. The academy was keen to run a sponsored activity that would be fun, engaging and boost outcomes.
Pupils leapt at the challenge to complete as many hours as possible on the popular digital maths resource ‘Mathletics’, making the most of being able to log in to their individual accounts at home as well as at school. Over the course of the Maths-a-thon, the children collectively spent over 133 hours learning maths whilst raising money.
Star fundraisers Lacie Smith, Evie Hattersley and Kieran Hattersley (pictured) each raised a superb £50 by completing over 100 hours of Mathletics between them in one week! Enthusiasm was high from Reception to Year 6, with £154.50 being raised on the first day alone.

Since introducing the children to the digital maths resource in 2016 and becoming an academy the year after, the school has seen dramatic improvement in pupils’ attainment in maths, with the number of pupils achieving the national expected standard rising from 33% to 77%. The academy is part of the high performing Outwood Grange Academies Trust.
Commenting on the Maths-a-thon, Mr Williams said, “This was our first ever Maths-a-thon and we are thrilled with its success! Not only have the children developed their maths and independent learning skills, they have also raised money for a fantastic cause. Our academy believes that there should be “no lids on learning” and Mathletics allows just that – children really enjoy it, can learn at their own pace and are free to explore at their leisure.” He added: “A huge thank you to all parents, carers and especially to the children for their continued hard work and enthusiasm in maths. We will be making this an annual event!”

Tweets by @EducatorMagUK
Educating Essex star receives honorary degree Teachers in Leicester are going Wild About Learning with the help of Leicestershire...
This website uses cookies to improve your experience. We'll assume you're ok with this, but you can opt-out if you wish.Accept Read More
Privacy & Cookies Policy