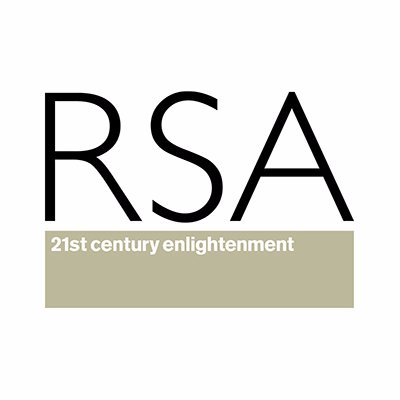 With teaching-to-the-test, gaming and curriculum-narrowing all on the rise, RSA issues call-to-arms

Teaching-to-the-test, gaming and a narrowing of the curriculum are damaging the education quality in too many English schools, a new essay by Julian Astle, a former Number 10 adviser and education chief at the RSA [Royal Society for the encouragement of Arts, Manufactures and Commerce], warns.

The Ideal School Exhibition is the result of Astle’s travels across England in search of inspiring ‘mission-led’ schools that are bucking a growing and concerning trend: that of schools narrowing their focus and hollowing out their teaching in the scramble to meet the constantly shifting demands of the government’s accountability system.

These schools provide a glimpse of what England’s school system could look like if more headteachers could escape the warped logic, skewed priorities and perverse incentives the accountability system all too often produces.

But Astle warns of a growing problem in many English schools of:

To tackle these problems, Astle recommends:

The publication of The Ideal School Exhibition kick-starts the RSA’s work to convene a new movement aimed at unlocking the untapped potential of an overworked and disempowered teaching profession and to get our schools focused on the pivotal relationship at the heart of teaching: between the teacher, the pupil and the text – the real substance of education.

The essay will be launched today [16 November] in central London, with speakers including:

“Having worked at the centre of government, I know that the architects of England’s school accountability system are motivated by the best of intentions: to expose serious under-performance and raise standards.

“But as the grip of that system has tightened over the last 25 years, and the catalogue of unintended consequences and perverse incentives has grown ever longer, it is hard to not to conclude that the costs now outweigh the benefits. We have reached that critical point where positive change becomes possible – where the risks of inaction are higher than the risks of reform.

“The RSA calls on everyone who recognises the importance of assessment and accountability, but who shares our concerns that the system as currently designed is damaging children’s education, to join the debate about how to reform that system for the better.”

“This report outlines with vivid clarity the pressures on schools to meet the accountability framework of Ofsted and exam results. It shows that it is difficult but possible to drive through a more expansive vision of education that meets the needs of these complex times.  And it makes the case compellingly for a reform agenda that allows a more rounded view of education – the development of head, heart and hand.”

“Exams are only an indirect measure of academic achievement, which means it is possible for them to be gamed and manipulated in such a way that they lose their original meaning.

“This report makes some vitally important points about why this is so damaging, and why the pursuit of exam results and accountability metrics therefore has to be informed by an understanding of the curriculum, and of what it means to master a subject.”

“While clearly setting out why schools need to be held accountable for their performance, this paper highlights a truth that everyone at Reach Academy in Feltham would recognise: that ultimately, quality and excellence cannot be imposed from outside through regulation – they need to be owned by the school, and driven by a sense of social mission and moral purpose.”

“Anyone who cares about the quality of the education England’s school children are receiving would do well to consider the warnings contained in this thoughtful essay. Ensuring the accountability system creates the right incentives, and drives the right behaviours, is a key priority.”

Tweets by @EducatorMagUK
Mersey Ferries brings learning to life for thousands of schools across the North... Safeguarding for Schools and Teachers
This website uses cookies to improve your experience. We'll assume you're ok with this, but you can opt-out if you wish.Accept Read More
Privacy & Cookies Policy