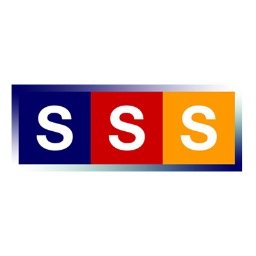 On International Day of Zero Tolerance for FGM 2017, Sam Preston, Safeguarding Director at SSS Learning asks the big question: is this really a British priority?

Over 130 million girls and women globally have experienced some form of Female Genital Mutilation (FGM); an extreme type of child abuse affecting girls as young as three years-old. But, as estimated statistics show, it mostly happens to girls outside the UK, so should this be a British priority?

“You wouldn’t look the other way at knife or gun crime, and FGM is no different. It’s a violent crime, an abuse and defilement of human rights resulting in long standing physical and emotional difficulties. Shockingly, an estimated 5,700 UK resident girls and young women have been cut so clearly FGM remains a British safeguarding priority” – Sam Preston, e-learning & training director, SSS Learning.

Classed as an honour-based crime, whereby acts of violence are committed to protect the perceived reputation and / or beliefs of the family or community, FGM isn’t right and certainly isn’t legal. Violence against women committed in the name of “honour” is a growing problem in Britain with UK police forces reporting 11,744 honour based crimes between 2010 and 2014. These figures include FGM abuse.

In most European countries, HBV is almost entirely associated with immigrant communities maintaining the tribal or cultural values of the country of origin. Research indicates that HBV is more prevalent in first-generation immigrant populations, which highlights the importance of greater integration of minority communities as key to reducing this violence.

From a child protection perspective, the known statistics are largely unhelpful; every girl living in the UK should be protected from abuse. As frontline professionals, it’s our legal duty to report all suspected cases to the police.

Amongst the vast research and projects being conducted globally, it is encouraging to see fantastic new work being done in the UK and Ireland. Just this month, ActionAid Ireland has launched new research as part of its AFTER (Against Female Genital Mutilation / Cutting Through Empowerment and Rejection) project to empower women in Ireland to reject FGM, whilst rights-based group Oxford Against Cutting is releasing its ‘Are You Ready to Know?’ film, documenting the impact of FGM on our women. Great things are also happening across Europe as we saw BanFGM take place in Rome last week. The conference drew together campaign groups, United Nations (UN) officials and government ministers to discuss how to end the practice and called for attention to be focused beyond Africa.

What is the challenge in Britain?

Whilst work around the world focuses on discouragement of FGM in practicising communities, the challenge in the UK is altogether different. Here, we must focus efforts on training our frontline professionals to proficiently spot the warning signs and intervene early, before British girls undergo FGM. We cannot afford to sit back and wait for daughters to report their families to the authorities, this is something that will just never happen.

“If FGM practitioners and communities are to be brought to prosecution under UK child protection law, we must arm teachers, doctors, nurses and voluntary sector workers with the right training to embed this concern in the child protection remit.” – Sam Preston, SSS Learning

FGM is ILLEGAL in Britain and has been since 1985 – that’s the bottom line. Interestingly, during ActionAid Ireland’s AFTER research last year, it was discovered that less than 1 in 5 women’s health service providers were aware that FGM is also illegal in Ireland and less than 30% of the participants had received some training on FGM as part of general trainings on violence against women.

So, what can be done in times of austerity and budget uncertainty here in the UK? If the latest news is anything to go by, then reform is much needed – just this month we’ve witnessed the closure of a top London FGM clinic, with Ealing Council citing budget constraints as the key deciding factor. The Acton African Well Woman Centre has helped over 1000 women deal with the trauma of FGM.

We believe that high quality e-learning is an effective solution, replacing cost prohibitive face-to-face training and embedding informed practice across the public sector. Our online training courses alone have already helped over 100,000 frontline professionals to become individually certified in the latest child protection issues. In addition, where prevention is too late, our training also ensures professionals are properly equipped to support FGM victims. A key point addressed in the Government’s ‘Ending Violence against Women and Girls Strategy 2016 – 2020’ is that, in order to tackle violence against women and girls, it must be everybody’s business. From health providers to law enforcement, educationalists, employers, friends and family we all need to be equipped to play our part.

UNICEF says that as many as 30 million girls could be cut in the next decade – let’s work together to address this and do our part in ensuring British women do not contribute to this figure!

What is Female Genital Mutilation/Cutting?

Female Genital Mutilation/Cutting or FGM/C refers to all procedures that involve partial or total destruction of the external female genitalia, or other injury to the female genital organs for non-medical reasons. In some countries around the world, mainly in Africa, FGM/C is a harmful cultural practice and an extreme form of sanctioned violence and discrimination against women.

Tweets by @EducatorMagUK
REAL Voices – resource from the London Grid for Learning brings stories of... Today’s digital classrooms supported by LEGO® Education software and curriculum...
Scroll to top
This website uses cookies to improve your experience. We'll assume you're ok with this, but you can opt-out if you wish.Accept Read More
Privacy & Cookies Policy