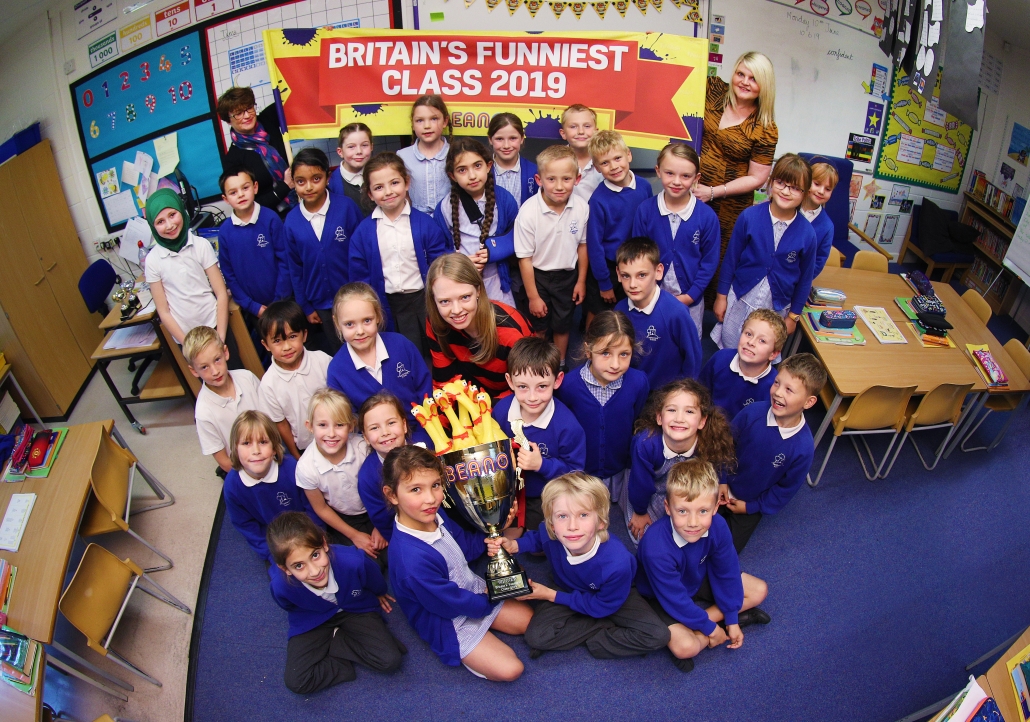 Their joke, “At the bank a lady asked me to check her balance, so I pushed her over” received over a third of the final 7.4 million votes on Beano.com crowning them the ultimate champions

The national competition, launched in April this year, challenged primary school classes across the country to submit their best gags to be in with a chance of taking home the title of Britain’s Funniest Class 2019. Ten schools were shortlisted by comedian Harry Hill along with a panel of Beano’s gag masters before being put to a public vote on Beano.com to decide the winner.

Beano.com presenter Emma Shaw today presented the class with the official Beano Britain’s Funniest Class trophy along with prizes including a bundle of Beano annuals and comic subscriptions. The class will also be treated to a special joke workshop to help further hone their budding comedy skills.

All shortlisted schools will have their jokes added to Beano’s joke generator (www.beano.com/jokes) and receive special Beano certificates marking their achievement. 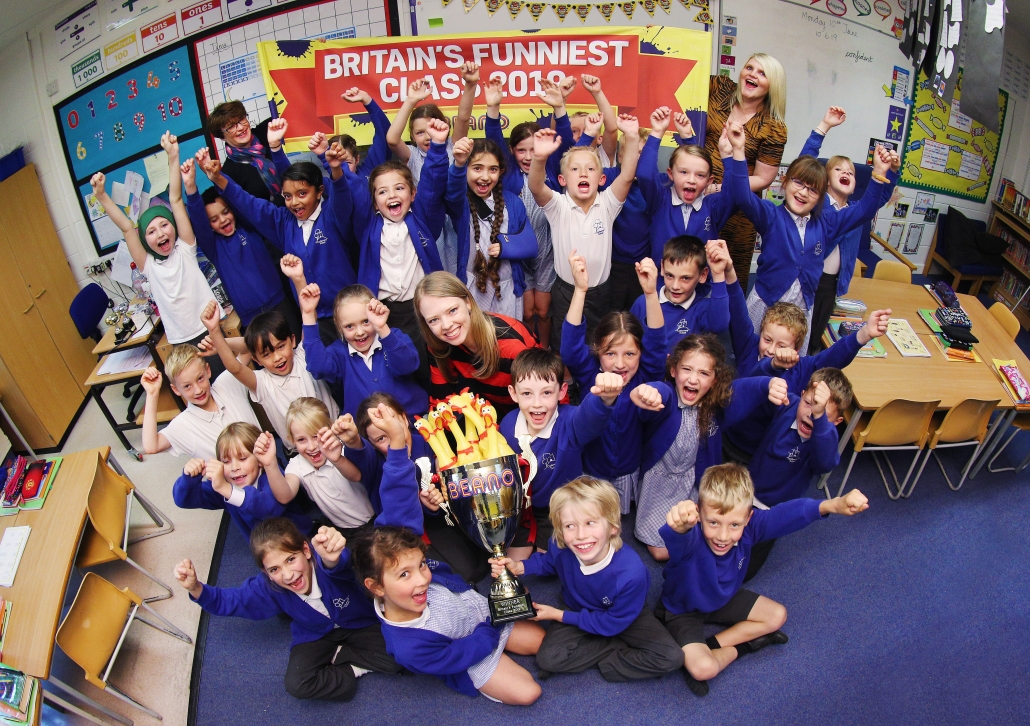 Mike Stirling, Editorial Director at Beano Studios said, “This competition has now proved to Britain and beyond that we have a nation of funny kids! A huge congrats to Castlewood Primary and all the shortlisted schools – keep that LOLZ comedy genius coming!”

Rachel Nunns, Headteacher of Castlewood Primary said, “We are all so very proud of our Foxes class and their joke. We have been amazed by the support of the parents of the class and how the entire school has rallied behind them. Also the immense public support and votes on Beano.com that have led to this wonderful result!”

Katy Smith, Foxes Class Teacher said of the win, “The class are just so thrilled, they can’t quite believe they have won! We all want to say a huge thank you to Beano, we’ve had so much fun writing jokes for the competition.”

Tweets by @EducatorMagUK
Rolls-Royce and Discovery Education Launch Pioneering Partnership to Bring STEM... When words aren’t enough, teachers find a common language with iPad
This website uses cookies to improve your experience. We'll assume you're ok with this, but you can opt-out if you wish.Accept Read More
Privacy & Cookies Policy