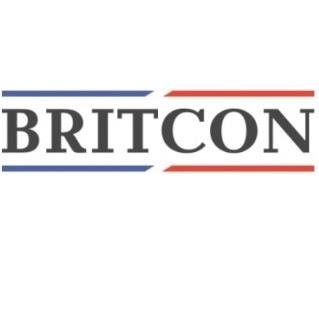 Building and engineering company, Britcon has completed major refurbishment works for Goole Academy high school.  The project, valued at close to £1m, was awarded to Britcon by the Education and Skills Funding Agency (ESFA) working with Arcadis LLP.

It is part of the Government’s £4.4 billion Priority School Building Programme which is rebuilding or refurbishing those school buildings in the very worst condition across the country.

Britcon has replaced all drainage around the complex of buildings on Centenary Road originally built in the early 1900’s.  It has also completed major external works which include new hard and soft landscaping including an extensive new Multi Use Games Area (MUGA), roads, paving, planting and irrigation and fixtures such as lighting.

John Whitmore, Director at Britcon, said, “The project was complex in that we have to replace critical facilities whist in a live school environment where over 1000 pupils and teaching staff are circulating.   The Academy has a listed element and due to the age of the buildings the draining needed renewing. The external works also provide for a more productive environment with new class leading sports facilities and enhanced wayfinding.”

Britcon has extensive expertise in the education sector. As well as the Goole Academy it has completed major building and refurbishment projects for Royds Hall School in Huddersfield, Roundhay Primary School in Leeds and Ward Green School in Barnsley Other projects include the University of York, University of Bradford, University of Huddersfield and Queen Ethelberga’s Collegiate.

As a business Britcon also actively engages with all the Education establishments with whom it works to support learning practices in the construction sector, setting coursework around its projects, and providing educational site visits and placement opportunities.

Established for more than 26 years, Britcon is £50 million turnover business headquartered in Scunthorpe and directly employs 90 people on its project sites across the UK. It is currently listed by the London Stock Exchange in its latest report of ‘1000 Companies to Inspire Europe’.

Tweets by @EducatorMagUK
Schools Showcase their Garden Designs in Royal Horticultural Society Compet... Education sector is the industry furthest away from achieving paperless wor...
Scroll to top
This website uses cookies to improve your experience. We'll assume you're ok with this, but you can opt-out if you wish.Accept Read More
Privacy & Cookies Policy