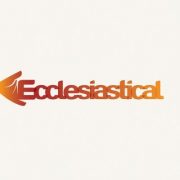 New research from specialist insurer, Ecclesiastical, has revealed that the impending split from Europe is the second highest concern for the education sector.

When asked how worried they were about a series of emerging risks, 39% of schools, universities and other education establishments cited leaving the European Union as a major concern, just seven per cent below the implications of new technology and above the risk of assaults on staff (37%).

Unsurprisingly, universities and business schools were the most concerned about Brexit, with fears over the impact on student numbers and cuts to EU research funding being highlighted. However, almost a quarter (23%) of all of those educational establishments surveyed were worried about the general rise in costs that may occur following the split.

Angus Roy, niche director for education at Ecclesiastical, said: “There is naturally concern in the education sector regarding the impact of Brexit. The negotiations and the Brexit strategy remain unclear, making it difficult to plan ahead and manage the associated potential risks.”

“Depending on the nature and terms of the eventual agreement with the EU, the fallout could leave many in the sector with recruitment issues, particularly if they are faced with finding replacements for EU staff who may have to leave the country. Changes to the eligibility for EU students to study here and the associated fees could seriously impact student numbers and income. Alongside this, any downturn in the UK’s economy and fears over impending change may also impact UK student applications.”

Angus added: “In particular, independent schools, which generally have a higher proportion of European students may face reductions in school admissions as families relocate to mainland Europe as a reaction to Brexit.  With so much uncertainty, it’s not surprising that Brexit is so high on the sector’s risk radar.”

Contact sports and being oversubscribed were also identified as areas for concern by around a third of those surveyed (34% and 32% respectively).

Tweets by @EducatorMagUK
Industry immersion: teachers get hands-on experience at IBM Computing Summer... EXCITING EDUCATION SUPPLIER ON BOARD FOR WORLD PARA ATHLETICS CHAMPIONSHIPS
This website uses cookies to improve your experience. We'll assume you're ok with this, but you can opt-out if you wish.Accept Read More
Privacy & Cookies Policy