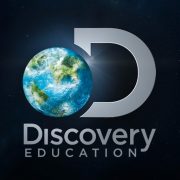 Two Manchester primary school pupils have won a national coding competition, after designing a computer game to send The Queen into space.

8-year-olds Imogen Linas and Zaynah Ghani took the top spot with their royal creation, which sees The Queen and her corgis land on the planet Mars. The talented pupils used Discovery Education’s Coding Service to design the game, and judges were impressed by their imagination and sense of humour.

As part of their prize, the children were invited to take part in a special coding day with their classmates. The event, hosted by Discovery Education, saw Year 3 pupils get hands-on with classroom technology and create exciting games and apps of their own.

“The children had lots of fun creating their own computer games, and showed real technical ability! The competition was a great way to switch them on to computer programming, and we’re very proud of our winning designers.”

“We were delighted with the response to our Junior Coding Competition. It’s clear that our young entrants had great fun designing their games and apps and we were very impressed by their imagination and creativity!”

The nationwide competition was organised by Discovery Education and The Independent Schools Association. Two pupils from Heathfield Knoll School in the Midlands were jointly awarded first place with Bury Catholic Prep.

Primary schools can request a free trial of Discovery Education Coding at: discoveryeducation.co.uk/trials.