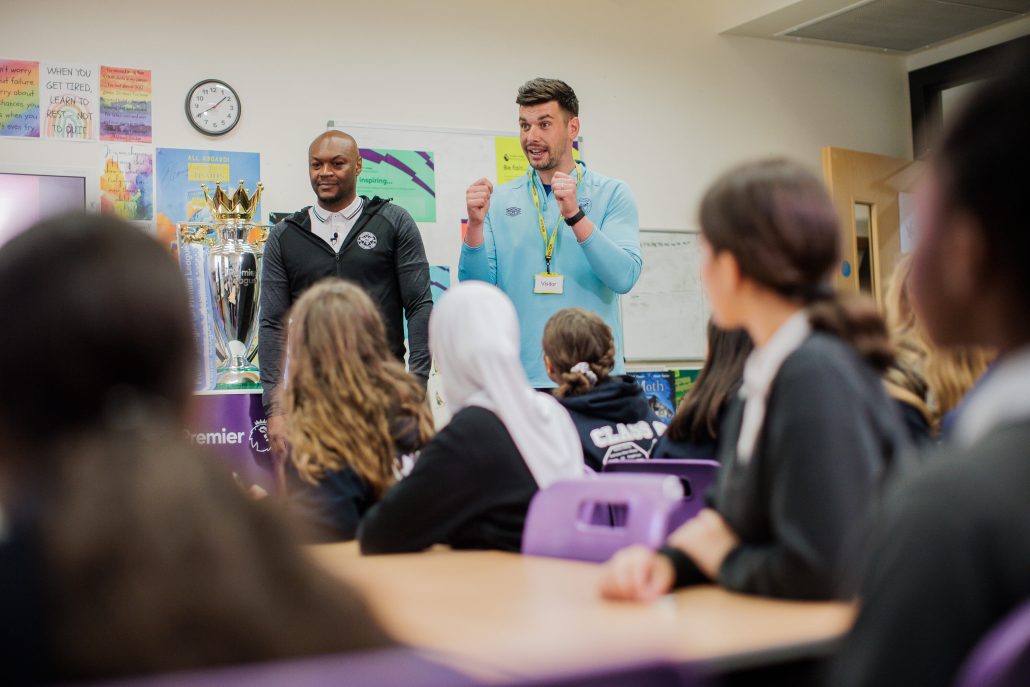 Launched in 2017 and available to every primary school in England and Wales, Premier League Primary Stars uses the appeal of the Premier League and professional football clubs to support pupils in the classroom, the playground and on the sports field.

Premier League Primary Stars’ range of more than 640 curriculum-linked activities support teachers to build their pupils’ confidence in key areas from Maths and English to PSHE and Physical Education and can be used off-the-shelf or tailored to suit teachers’ needs. More than 58,000 teachers have downloaded and used the free curriculum-linked resources since the programme began.

To mark the five-year anniversary, the Premier League is launching the Active Summer Challenge. This brand new initiative will challenge pupils to find five ways to keep active during the summer holidays, a time when fitness levels can drop. The new resources are now available for teachers to download for free on the Premier League Primary Stars website.

Exclusive content featuring Premier League players, club coaches and experts has been created to support teachers to inspire pupils deliver impactful PE lessons. Nine out of 10 teachers believe that they have seen an increase in pupils’ enjoyment of sport and physical activity linked to the programme.

Premier League Chief Executive Richard Masters said: “We launched Premier League Primary Stars five years ago to support teachers and use the power and popularity of football to inspire children in the classroom and on the sports field.

“Clubs do fantastic work to support children’s learning and we are very proud that this national education programme now engages more than 18,500 primary schools in England and Wales.”

In addition to PE, English and Maths resources, Premier League Primary Stars also supports teachers to deliver classroom-based discussions and activities on important societal topics such as anti-discrimination, mental health and gender stereotypes linked to No Room for Racism, Wellbeing Stars, and Rainbow Laces. After using the PSHE resources, 72% said that their pupils understand more about how to challenge prejudice and discrimination and 79% of teachers said their pupils have a better understanding of how to look after their own wellbeing.

Natalie Sutton School Manager at Sandfield Close Primary School, said: “The Premier League Primary Stars programme has opened up so many opportunities and doors to us that we wouldn’t have been able to open on our own. We’ve had such a positive experience since joining back in 2018. It is important to measure progress but for me, it is also important to see our pupils expand their thinking and learn about key subjects in a fun and engaging way. It has all been so positive for us as teachers, but more importantly beneficial to the learning of our pupils.”