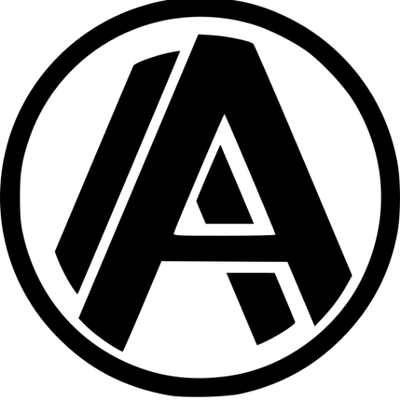 The UK’s asbestos industry ended on 24th August 1999 after being used heavily from the 1950s to 80s. Over 20 years on, we’re starting to see the delayed latency period taking effect as asbestos deaths have peaked over the last year or so.

Asbestos was unknowingly dangerous to public health. Fibres that are too hard to be broken down by the body are breathed in and lodged in our lungs, causing many adverse health effects. Inhaling asbestos is directly linked to multiple diseases, including:

These diseases can have high fatality rates. Furthermore, these asbestos-related illnesses have a delayed latency period. This means they don’t usually develop until many years after exposure. This material was used heavily industrially and residentially.

Asbestos Audit, asbestos removal professionals, commented: “Asbestos is still a significant risk on sites and buildings throughout the UK. Even with some of the most stringent regulations and legislation in the world, people are still being exposed to asbestos on a daily basis.

“The majority of exposures occur due to either negligence or simply not knowing the legal requirements for surveying and removing asbestos products. If asbestos management is undertaken correctly, with the correct training in place, the danger and associated risks are reduced significantly.”

Here, we’ll explore the biggest asbestos failings and what we’ve learnt from them.

Is asbestos still a risk?

Although asbestos was banned in the UK two decades ago, the dangerous carcinogen lingers. It is the leading cause of occupational death, with 5,500 deaths caused last year. A new report revealed that although there have been significant efforts across the board to have the material removed to avoid risking life, there are an estimated six million tons of asbestos remaining inside around 1.5 million buildings. Some of these buildings include schools and hospitals built before 24th August 1999.

Failure to plan, manage, and monitor

Several construction companies have been heavily fined due to failing to recognise the risk of asbestos on school sites, putting subcontractors, staff, young children, and their families at risk. It is not only the direct inhalers of the fibre that are exposed to harm—secondary asbestos exposure occurs when those working with the material bring it home, for example, on their clothes, and affect their families.

The construction companies at hand failed to:

Speaking on the case, Health and Safety Executive (HSE) Inspector Andrew Bowker commented: “The exposure to asbestos could so easily have been avoided if the two companies involved had put sufficient effort into planning, managing, and monitoring the ceiling tile removal work.

“HSE will not hesitate to take appropriate enforcement action against those that fall below the required standards.”

Hundreds of teachers have sadly lost their lives due to asbestos exposure at work over 15 years. Teachers have since been campaigning to have asbestos removed from 32,770 schools across the UK.

Kevin Courtney, joint general secretary of the National Education Union, said: “On average, a teacher has died of asbestos-related disease every fortnight over the past 15 years.

“This death toll will continue until the ­Government develops a planned and costed programme for its removal from ­educational buildings.”

The importance of a duty holder

In 2014, Marks and Spencer admitted negligently exposing an employee to asbestos, who now has mesothelioma, a form of lung cancer. In this case, employees suffering from asbestos-related diseases was caused by owners of premises failing to comply with legal safety procedures.

The duty to manage asbestos is enshrined in law—the Control of Asbestos Regulation 2012 places a legal responsibility on a person assigned as the duty holder so that suitable asbestos management action is planned and taken so that buildings are safe. Duty holders who fail their responsibilities can be faced with legal action.

If you’re a duty holder and are unsure of the risk in your building, find out more about asbestos survey types.

The fatal impact of cutting corners

Kate Richmond, who worked as a medical student and junior doctor at the NHS, was given a few months left to live in early 2020. She was negligently exposed to asbestos at the old Walsgrave Hospital in Coventry. Around the same time, many compensation claims were placed by NHS staff for asbestos-related diseases since 2013, which has cost the health service over £26m.

Similarly, in 2011, major multinational retailer Marks and Spencer was faced with a £1m fine for exposing customers and employees to asbestos in Reading and Bournemouth stores during refurbishments. The judge accused the retailer of choosing profit over health and safety and effectively neglecting to ensure a safe working and shopping environment.

Negligence like this can certainly be more costly than simply conducting an asbestos audit or providing the correct preventative measures. It can tarnish an organisation’s reputation by failing to provide a duty of care.

Make sure you take the appropriate safety measures—the effects of asbestos cannot be undone, but it can easily be prevented.

As the UK Government pledges over £2bn for upgrades and repairs to schools and colleges in England this year, Bureau Veritas is urging educational institutions to address the ongoing risks associated with asbestos.

In April, the Government announced it will invest £1.4bn in buildings and facilities for schools as it aims to reach its target of one million new pupil places by the end of 2020. In addition, further funding was announced in June as part of a ten-year ‘transformative rebuilding programme’, of which £760mn is to be spent this year to upgrade and repair schools and further education colleges.

It is estimated that around 86% of UK schools contain asbestos and according to the National Education Union, since 1980 at least 363 school teachers have died from mesothelioma – the most serious and incurable form of asbestos related cancer – with 249 of these passing away since 2001. As a result of being exposed to asbestos as a pupil in school, around 200-300 people die each year as adults from mesothelioma.1

Asbestos fibre release becomes a potential risk to health when it is disturbed, damaged or poorly maintained. Uncontrolled repair or construction work has contributed to the rising cases of mesothelioma.

According to leading health and safety authority Bureau Veritas, it is therefore vital that schools investigate their asbestos risk ahead of any planned refurbishment or renovation works and that it is properly managed, for the benefit of current and future generations of teachers and pupils.

Anthony Flynn, Technical Asbestos Manager at Bureau Veritas, comments: “The recent Government funding announcements will be welcomed by schools and colleges across England, as many look to update their old-fashioned or inefficient buildings.

“With this though comes a responsibility for duty holders to ensure asbestos risk is a top priority when conducting repairs to the fabric of the building. Especially at a time when schools are undergoing changes to manage their coronavirus risks, and therefore may be considering significant maintenance works – the importance of effectively managing asbestos cannot be overlooked.”

The Control of Asbestos Regulations 2012 (CAR 2012) places duties on those responsible for the management of asbestos in schools and for staff or others working in the premise who need to know about the asbestos and how they can contribute to its effective management. For academies, free schools, voluntary-aided and foundation schools, the duty holder will be the school governors or the trust, while for independent schools, it may be the proprietor, governors or trustees.

Anthony continues: “Many schools planning works will likely have been built prior to the year 2000, and as such, it’s highly likely they will have been built with Asbestos Containing Materials (ACMs). While these may sit deep in the walls or ceilings undetected for decades, when disturbed or damaged through construction works, ACMs can become a danger to health, because asbestos fibres are released into the air and people may breathe them in.

“Ahead of any planned construction works or refurbishment in school buildings, especially those that pre-date 2000, it is vital that a Management Survey is completed, which will identify what type of ACMs are present and where they are. If managed carefully, the presence of asbestos in schools will not pose a risk to staff and pupils, however, poor management of asbestos could endanger lives. Thus, taking the time now to invest in asbestos management is vital.”

Bureau Veritas is a leading testing, inspection and certification body which offers a comprehensive range of services to help businesses and organisations, including awareness training for duty holders, the requirements under CAR 2012 in relation to understanding and implementing an asbestos management plan and crucially keeping it up to date. This includes building surveys, annual re-inspections, project management of asbestos remediation, site risk assessments, air monitoring, four stage clearance air testing, laboratory sample analysis, management plans and training – all of which can be undertaken within school holidays.