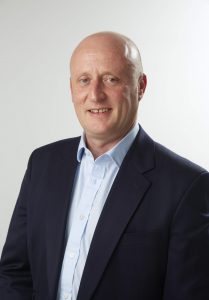 The head of one of the UK’s leading education sector suppliers has said that a growing number of ‘shabby schools’ across the UK are not only failing pupils but are contributing to the lack of new entrants to the teaching profession, when linked to new schools spending data revealed by the company. 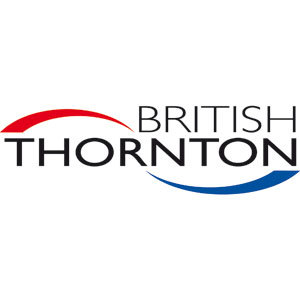 New research by British Thornton, the UK’s largest educational furniture manufacturer, has shown that cuts to funding in the sector have led to significant reductions in investment in learning environments, to the detriment of both students and teachers alike.

The independent data, which surveyed 198 schools across the UK on their spending intention during the current academic year, has revealed that overall spending on educational furniture will reduce by £3.3m in 2016/17 in a market that is usually worth £200m annually.

The data also reveals that fewer schools than last year are likely to be in a position to utilise funds from their devolved capital formula (DFC) allocation for the purpose of furniture procurement. In February 2017, 81 per cent of primaries and 94 per cent* of secondaries said they did not have enough funding to upgrade their furniture, an increase of four and 10 per cent respectively compared to January 2016.

Continued pressure on funding has seen many schools prioritise spending on what British Thornton calls the ‘Ofsted essentials’ of desks, chairs and storage, while spending in categories such as play space, soft furnishing and general refurbishment, key elements in creating dynamic and inspirational learning and teaching environments, are largely being ignored.

According to British Thornton, a major driver behind school spending decisions in recent years has been Ofsted. To maintain inspection results against ever-shrinking budgets, many are concentrating on areas that deliver direct pupil attainment improvements. This, at its most basic means simply ensuring there are enough tables and chairs for pupils to use – rather than considering any improvements to the wider learning environment.

According to the Royal Institute of British Architects (Riba), only 5 per cent of 60,000 buildings in 18,000 schools in England are in top condition, performing as intended and operating efficiently.

Gerard Toplass, chief executive officer of British Thornton, said: “The education marketplace has seen significant political interference over the last few years that has had a massive impact on both the structure and funding models for schools.

“Budgets are being slashed and overall market uncertainty is having a hugely detrimental impact on the standards of education being delivered to students.

“We must remember that the pupils themselves need to be the number one priority for the sake of this country’s future. Schools need to be able to focus on delivering a first class education and therefore improving standards, results and ultimately career and life prospects for pupils.

“As part of this, schools need to have the capital to be able to enhance and improve their facilities, and not just on essentials like tables and chairs, but in creating truly inspirational learning environments that motivate students and teachers alike. It’s no wonder so many teachers are leaving the profession – they need exceptional classrooms and staff rooms too!”

Figures published by School Building in 2014 suggest almost a quarter (23 per cent) of councils in England rate the condition of buildings in their areas as “extremely poor” or “very poor”. And an overwhelming majority (90 per cent) of 500 teachers surveyed by ComRes for the report said good school buildings were crucial to improving children’s learning and behaviour.

A raft of education market disruptors are currently at play that are influencing spending decisions in schools. The new school funding formula which is still under consultation means schools are holding back on making significant school strategy and procurement decisions until they receive their 2018/19 allocation.

And although the Government has retracted its policy of forcing schools to convert to academies, DfE policy is expected to actively encourage conversion through changes to policy and funding. The added introduction of the ‘grammar school’ debate raises additional concerns, as does the push to create ‘free schools’, which many believe is draining funding from existing schools.

Furthermore, higher employee pension contributions, raised National Insurance costs and the minimum wage add further pressures. As a result, teaching assistant time is being reduced in primary schools and subject and course coverage is being reviewed in secondary schools as another way to potentially cut costs.

Tweets by @EducatorMagUK
New research reveals big drop off in poor children’s progress at secondary... Freedesk AB unveils further products for quality of life improvements to everyday...
This website uses cookies to improve your experience. We'll assume you're ok with this, but you can opt-out if you wish.Accept Read More
Privacy & Cookies Policy