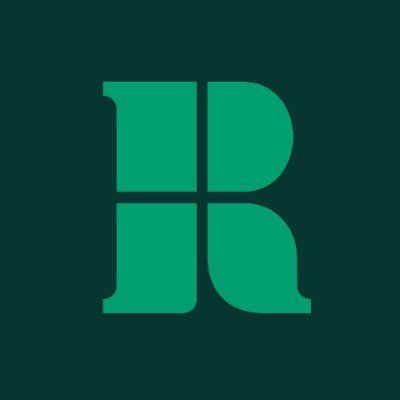 Teaching assistants have reported being kicked, punched and spat at by pupils in mainstream primary and secondary schools, new research by the University of Roehampton released on Monday 17th October finds.

All described being the target of student aggression in a range of ways, including being hit in the face, punched, kicked and bitten. Researchers found that in several cases staff reported receiving death threats from pupils.

The report also noted that the response of schools to attacks was sometimes inadequate. Teaching assistants felt the message from their employers was that it was their job to manage pupil violence. This, combined with their low status, normalised violence against them. ​

The report includes guidance on the steps schools should take to better protect teaching assistants in future. UNISON helped recruit the support staff who took part in the research and is rolling out the new advice on dealing with violent behaviour.

Lead University of Roehampton academic, Dr Amanda Holt said: “For the first time there’s an understanding of the ferocity of attacks on teaching assistants and their devastating physical and mental toll.

“This knowledge will help schools better understand and improve their response to violent behaviour by pupils. Setting out the steps every school should take to protect staff and support them in the aftermath of an attack is an important first step.

“The shocking experiences described by staff who took part in the research reflect a much wider problem highlighted in an earlier survey by UNISON. This found that 53% of teaching assistants had experienced physical violence from students in the previous year*.

“This raises big questions about the expectation of schools, and in some cases insistence, that teaching assistants should be the first line of defence against pupils who display violent or aggressive behaviour.

“With the profession dominated by women, forcing them to become classroom enforcers could do long-term harm. This, combined with the role’s lack of professional status, risks creating an environment where violence becomes normal, particularly towards women. As pupils become adults this worrying development could have serious ramifications for society.”

UNISON head of education Mike Short said: “Teaching assistants are the backbone of every school, but their wholly unjustified, low professional status is stopping some schools from seeing their true value and vulnerability.

“Schools seem to have forgotten that without teaching assistants risking their health, and that of their families, during the pandemic, schools would have been closed to vulnerable pupils and the children of key workers.

“Improving the reporting process around attacks, providing staff with medical and psychological support and ensuring they don’t have to continue working with the young person who’s just assaulted them must be adopted as a matter of urgency. This would also be helpful to pupils given the stress and disruption to learning that violent behaviour can cause.

“Low pay and high stress are already fuelling an exodus of teaching assistants. Expecting them to put up with attacks and assaults will force more out of the door, and that’s bad for pupils and schools alike.”

CALL FOR COVID-CLEANING HEROES NOMINATIONS ACROSS EDUCATION SECTOR
Just 1% of teachers in England feel prepared to teach politics while 72% of parents agree it’s important for children to be politically literate
Win a Virtual LTA Youth Schools Q&A for your class with US Open Champion and BBC Sports Personality of the Year – Emma Raducanu MBE
The new face of the school canteen: reassurance and diligence in a post-covid world
Dentsu UK partners with Co-op for the 2021 edition of pioneering schools programme The Code
ECOMMERCE EDUCATIONAL RESOURCES SUPPLIER FINDEL REVEALS MAJOR REBRAND AND ANNOUNCES AMBITIOUS EXPANSION PLANS
Top 10 best countries for education
Royal artist campaigns to get disadvantaged kids their school essentials

Tweets by @EducatorMagUK
New research shows that 3 in 10 children see footballers as role models as Marcus... ‘More data does not equal better data’ Arfan Ismail, PhD, Product Manager,...
This website uses cookies to improve your experience. We'll assume you're ok with this, but you can opt-out if you wish.Accept Read More
Privacy & Cookies Policy