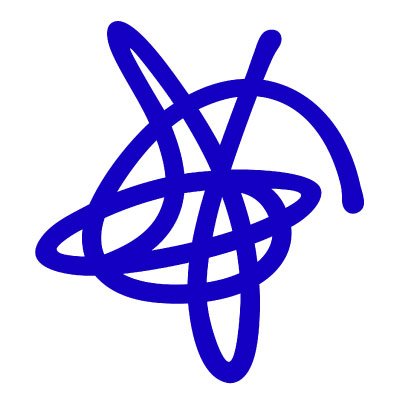 “Many of us often associate loneliness with older people, but we’ve also seen how it’s hit young people’s mental health hard too. Our report revealed that young people, who have struggled with their mental health through the pandemic, are more likely to be using coping strategies, like self-harm, than adults. Many young people have also told us how much they dread the summer holidays as they miss the social interaction with teachers and friends.

“At Mind, we’re determined to get young people the support they need, and most recently, we’ve called on the UK Government to invest in initiatives – such as #fundthehubs – which would provide young people somewhere to go when they first start to struggle with their mental health. We also urge anyone who is struggling with their mental health to seek support from their GP or speak to loved ones.”

Elsa is 19 and lives in Redbridge, East London. She began to experience depression and anxiety from around the age of 14, but didn’t feel supported at school. She said:

“The lack of resources available to my school meant the support wasn’t there. This was a huge factor in my mental health continuing to deteriorate until it became so bad and I needed help so desperately that we went through private counselling. I felt constantly misunderstood and didn’t get the support I needed. I am now really passionate about seeing a change in the way young people’s mental health is approached in schools.

“All staff need more resources and training to be better equipped to support students and create safe environments for everyone. I think this would make a huge difference to preventing mental health problems occurring and deteriorating. No young person should be left to reach a crisis point before people start listening or making the effort to understand. Better support within the education system would make a huge difference by catching problems earlier and giving the space for young people to feel listened to and empowered, something I rarely felt at school. Better support at school would have changed my whole mental health story as a teenager.”

Lily is 22, and lives in Southend, Essex. She studied at the University of Cambridge and has recently qualified as a teacher. She said:

“I think mental health support within schools is so important, especially given the impact the pandemic has had on young people. Pupils have faced both disruption to schooling, and the mental health effects of lockdowns and reduced social interaction, or even damaged relationships. I’m saddened but not shocked that Mind’s research found so many schoolchildren are worried about feeling lonely over the summer holidays. Our summer holidays, which would previously have been a period spent seeing friends and relaxing after the stresses and demands of term-time are over, could actually be a source of anxiety for many. It’s likely many teachers will be feeling that way too. Making sure well-funded services are available to young people is vital, and this should happen all year round, even – or especially – when schools are closed.”

Around 44 per cent of young people with mental health problems said they rarely or don’t ever feel optimistic, about the future, with one young person in the report saying “I really badly miss school. I hate the school holidays because they feel no different than lockdown to me. During the school holidays, I cry nearly every day and doing things like brushing my hair feels difficult. I just feel so lonely and crave any social interaction possible with my teachers and my friends.”

Mind has produced information and support for young people to help them cope with mental health problems during the summer holidays and as restrictions ease. Here are some of their top tips:

School improvement goes real-time with innovative tech solution
Statement From The Children's Society On Ofsted Report Of Sexual Harassment In Schools And Colleges
SCHOOLCHILDREN CELEBRATE WORLD BOOK DAY AT DOWNING STREET
Back to school but not just with a new pencil case; this term students will need a mask, a flow test, hand sanitiser & schools will need to disinfect as they never have before
Education Spends
TWO THIRDS OF PARENTS SAY SCHOOLS NOT DOING ENOUGH TO PREPARE YOUNG PEOPLE FOR LIFE EVENTS
One in three teachers thinking of leaving profession due to “unbearable pressure” during Covid-19
Virtual Reality Tech Provides Socially-Distanced Solution For Schools

Tweets by @EducatorMagUK
University of Birmingham invests in largest ZEISS Digital Classroom in Euro... Online learning provider launches sexual consent course for FE students and...
This website uses cookies to improve your experience. We'll assume you're ok with this, but you can opt-out if you wish.Accept Read More
Privacy & Cookies Policy