It’s been a record year for school caterer Pabulum in terms of turnover and profit, with contract wins at over 20 new schools and new business sales of £2.4 million. It’s also been a very positive year for staff, who overwhelmingly stated they were happy working for Pabulum in a survey undertaken as part of the company’s efforts to become an Employer of Choice.

There was further positivity from staff with over 96% of Pabulum employees feeling that their manager was doing a good job and 9.5 out of every 10 employees saying they had close relationships with their colleagues. When it came to job satisfaction, Pabulum staff resoundingly agreed that ‘happy school children’ gave them the most fulfilment at work.

Achieving and maintaining such high levels of staff morale hasn’t been easy but Managing Director, Nelson Williams, feels investing in employees and making life simpler for all teams is of the utmost importance. He attributes this year’s achievements to a more collaborative approach across the business and a number of investments that have helped employees’ to fulfil their roles to the highest standards, he commented:

“Our aim is to continue to be at the forefront of improving the next generation’s health and well-being and to inspire a lasting love and passion for fresh food in young people. Our staff are absolutely crucial to this vision, it’s one of the reasons we are investing in becoming an Employer of Choice. As part of this investment we’ve put new team structures in place, such as our Operations Team who have helped to to ensure a clearly defined and consistent offer and truly fresh food every day in our schools.

We also recognise the need to make employees lives easier, so that they can do the best job possible. To that end, we have invested in 21st century IT systems and hardware. We’ve gone beyond implementing cashless systems in schools and have vastly improved business processes which were previously manual and very time-consuming. These investments have been significant but ultimately we know we’re making life better for employees and for the schools we cater for.” 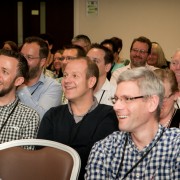 This approach appears to have paid off for Pabulum who recently reported achieving their new business targets within the first few months of their financial year. What’s more, the company is proud to be able to say it is only working with schools and colleges that are rated as good or outstanding by Ofsted. Nelson Williams commented on the schools Pabulum caters for:

“We’re very pleased be providing meals at so many truly excellent schools and colleges. For us it is very important to work with schools where there is a strong leadership team who support our commitment to creating a fresh food culture. All our school meals are produced on site, from scratch, using fresh, nutritionally balanced ingredients and this is something we won’t compromise on. It’s fantastic to be working with so many schools who share our values and passion for fresh food.”

Pabulum is keen for its success to continue into the new school year and has implemented a ‘Continuous Improvement Plan’ to ensure performance is measured and documented in order to help retain existing contracts and deliver organic growth for the company.

As for Pabulum’s people, as the new term gets underway one thing is for sure, their focus will once again be on the health and well-being of the next generation.

To find out more Pabulum’s record year visit www.pabulum-catering.co.uk and check out the news section.

Tweets by @EducatorMagUK
Education sector realising personal service benefits, says specialist. Holiday activity booking and payments made easy with online solution from W...
This website uses cookies to improve your experience. We'll assume you're ok with this, but you can opt-out if you wish.Accept Read More
Privacy & Cookies Policy