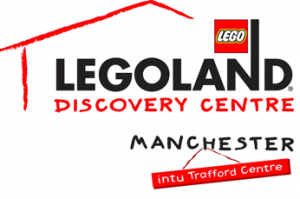 LEGOLAND® Discovery Centre Manchester is proud to announce that Forest Park Preparatory School in Sale, Greater Manchester, is the winner of the attraction’s #MyMINILANDSchool competition.

The school and all its pupils and teachers will be immortalised in LEGO® and will join the attraction’s MINILAND® display; a re-creation of landmark locations and buildings throughout the North West, made out of more than 1.5 million LEGO® bricks! The winning school will also receive their logo made entirely out of LEGO®, Kids Go Free vouchers for all pupils and a box of LEGO® for to enjoy.

Forest Park took part in LEGOLAND® Discovery Centre Manchester’s #MyMINILANDSchool campaign, which saw students across the North West, along with the help of their teachers, being asked to sketch a picture of their school, for the chance to win their place in the attraction’s MINILAND® display.

On Thursday 13 July, winning pupils from Forest Park will help start the build of their school in LEGOLAND® Discovery Centre’s all-new Creative Workshop – with the one and only resident Master Model Builder, Alex! The final brick will be added at the school’s grounds on the last day of term (Tuesday, 18 July) before making its way back to the ultimate indoor LEGO® playground to be displayed in MINILAND, just in time for the school holidays!

Forest Park Preparatory School pupils are no strangers when it comes to LEGO®, with a dedicated after school club running in the school since April 2016 for children in Early Years and Key Stage 1.

“LEGO® is obviously great for children to hone their fine motor skills but it also encourages them to be creative, problem solve and helps to promote teamwork, as they always split off into little groups to work on a build.”

He added: “The children really enjoyed making their creations and are so thrilled to have won the competition.  They can’t wait to visit LEGOLAND® Discovery Centre Manchester to help build the school!”

“We would like to sincerely thank all the teachers and students who entered into this year’s competition, we had some brilliant entries!

“We are really thrilled to announce Forest Park Preparatory School as the winners of our #MyMINILANDSchool competition, they will be a fantastic addition to our MINILAND® display!”

With more that 3 million LEGO® bricks, the interactive attraction is bigger and better than before, with even more fun to be had for all the family; plus there’s three LEGO® Rides (Kingdom Quest, Merlin’s Apprentice and LEGO® City: Forrest Pursuit) MINILAND®, City Builder, LEGO® Studios – 4D Cinema, DUPLO® Farm, Factory Tour and a LEGO® Shop.

Families planning their next visit should book online, to guarantee entry and for the best price around, with prices start from just £11 per child and £15 per adult when purchased in advance online. For more information and to buy tickets, please visit www.legolanddiscoverycentre.co.uk/manchester and for regular news, fun LEGO® ideas and fantastic competitions join us on Facebook/ldcmanchester and Twitter @ldcManchester

Tweets by @EducatorMagUK
London students create artwork to celebrate the launch of Elizabeth line tr... Do you have what it takes to win a Best of Britain Award?
This website uses cookies to improve your experience. We'll assume you're ok with this, but you can opt-out if you wish.Accept Read More
Privacy & Cookies Policy