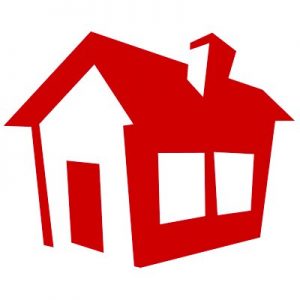 PlayStation and Digital Schoolhouse reveal the career potential in games 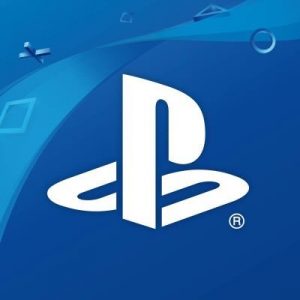 On a mission to inspire students by exposing them to careers within the games, eSports and creative digital industries, the event saw 12 of the 400 schoolchildren from across the country who took part in the tournament battling it out in a PlayStation 4 Rocket League competition. Team Veracity from St John Fisher Catholic Voluntary Academy in Dewsbury were announced as the champions; Joshua Love, Harrison Barber-Scargill and Bailey Barber-Scargill were awarded medals and goodie bags with a range of gaming merchandise, and St John Fisher was given a PlayStation 4 for the students to use and the Digital Schoolhouse eSports Tournament Grand Final trophy.

Far from just having fun, the participants fully immersed themselves in computing and STEAM (science, technology, engineering, arts and mathematics) subjects, and put their core skills – such as communication, creative thinking, team work, problem-solving and the ability to work under pressure – to the test. All of these skills are invaluable to the games and creative digital industries, and the event provided a whole host of inspiration and encouragement for those who are considering a career in this exciting and rapidly-growing sector.

Competing for a place at the eSports Tournament Grand Final, St John Fisher in Dewsbury, Shire Oak Academy in Walsall, New College in Swindon and Gilredge House in Eastbourne took part in regional heats by playing Rocket League with their peers, often in their lunch breaks or in after-school clubs. The winning teams from each school headed down to Digital Schoolhouse’ eSports Tournament Grand Final where the victors were crowned.

This tournament was designed not only to engage children with computing and STEAM subjects in a fun and interactive way, but also to tackle misconceptions surrounding these industries. By encouraging more girls to take up computing and STEAM subjects, and by raising children’s (and parents’) awareness of the growing variety of careers that are available in the creative digital sector, the grand final taught participants that video games as more than ‘just a bit of fun’ – they are, in fact, big business. The team from SEGA were on hand to inspire the next generation with real insight into the professional games industry, and to reveal the vast array of opportunities within it – everything from animation, production and music creation to commentating, competing, finance and marketing. The crowds also heard from three professional gamers, each with their own inspiring story about how they got into the sector and where it has taken them professionally.

Shahneila Saeed, programme director for Digital Schoolhouse, said: “The eSports Tournament Grand Final really was a careers event with a difference; it allowed us to demonstrate to students and teachers that the creative digital industries are a vibrant and lucrative source of career opportunities for the next generation. It was great to see the competing teams use pivotal soft skills, such as collaboration, creativity and flexibility, to work together to achieve their goal, and have fun in the process. We hope teachers and parents will work with us to encourage children to consider jobs in this sector, and to equip them with the skills and confidence they need to do so.”

“PlayStation is delighted to be partnering with Ukie to bring Digital Schoolhouse to more schools, and even more children, across the UK than ever before,” comments Warwick Light, UK Managing Director and Vice President of Sony Interactive Entertainment UK.  “The Digital Schoolhouse eSports tournament is just one example of how we can use engaging and fun platforms to raise awareness of the career possibilities available within the games and eSports industries, helping to prepare students for life beyond the classroom. We’re also hoping that this event will prompt more companies to get involved in Digital Schoolhouse so that we can extend the network of schools that we’re partnering with and the number of kids that we’re able to inspire. Huge congratulations to Team Veracity for winning, and to all of the teams that took part.”

Sam Van Tilburgh, Head of Marketing Gfinity, said: “It’s been an honour to host the Digital Schoolhouse project at the Gfinity Arena as part of the London Games Festival 2017. The opportunity to show the younger generation of gamers that video games and eSports are potentially a career choice, while at the same time offering them entertainment, was too good an opportunity to turn down. Hopefully we can do it again next year!”

Mark Ward, Head of Computer Science, Business and Vocational Studies at St John Fisher, said: “Our pupils left on such a high at the end of the day, not just because of us winning, but because the day taught them so much.  Our Year 7s have already spoken to their head of year about leading an assembly to explain the possibilities that eSports brings, and our Year 10s have already starting planning careers with SEGA! As for our winners, they are keen to become ambassadors for school-based eSports going forward and they want to use our prize to start and run an official eSports club at the school.”

For more information about the next eSports Tournament, visit www.digitalschoolhouse.org.uk.

Tweets by @EducatorMagUK
BAREFOOT BOOST FOR COMPUTING SCIENCE IN WELSH PRIMARY SCHOOLS Cambridge Mathematics collaborates with China on international mathematics ...
Scroll to top
This website uses cookies to improve your experience. We'll assume you're ok with this, but you can opt-out if you wish.Accept Read More
Privacy & Cookies Policy