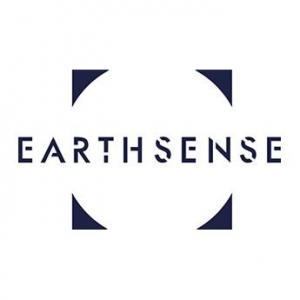 EarthSense, the air quality expert, is collaborating with professional services and consulting firm, WSP to assess the air quality around a consortium of schools in London.

EarthSense Zephyr® air quality sensors have been deployed throughout a group of schools in the City of London due to the growing concern of parents and teachers about the impact of high levels of air pollution on pupils’ long-term health. Zephyr® sensors are situated in the main reception and outdoor areas of each site to help identify and mitigate sources generating spikes in air pollution.

The project sees Zephyr® air quality sensors recording concentrations of nitrogen dioxide (NO2) and particulate matter (PM2.5) in and around each location to establish the exposure levels pupils and staff experience during school times.

Using an active sampling mechanism which takes ambient air pollution measurements every 10 seconds via an inlet, followed by releasing the sample through a separate air outlet, Zephyr® air quality sensors provide WSP project managers with real-time NO2 and PM2.5 measurements which are viewed via the EarthSense web app, MyAir®. The web app provides users with quantified information about measured air pollutant concentrations, which can be viewed in an interactive map, downloaded, and analysed. Using this data, those involved in the project can easily identify spikes and trends in air pollution levels.

Once dangerous NO2 levels are detected, air quality data from the sensors will be used to determine the requirement for, and gauge the success of, measures to reduce pollution. Once determined, informed pollution interventions can be implemented and supporting data can be used to keep parents of pupils and staff notified about pollution levels. Schools will now be able to advise parents and pupils on actions to take to reduce their exposure to poor air quality on their journeys to and from school.

Dr Peter Walsh, Technical Director at WSP stated: “The Zephyr® sensors have proven to be the optimal device for our clients’ needs as they are unobtrusive, relatively silent monitoring devices, and require minimal manual intervention. They have provided our client with a continuous feed of both ambient and indoor air quality data, and an instantaneous data download, via MyAir®, from within a classroom environment with no disruption to the pupils or class activities.”

Commenting on the project, Managing Director at EarthSense, Tom Hall adds: “We initially started working with WSP to carry out a study on a traffic management system in the Midlands and it’s great to see our partners using our products and services across a variety of other industries impacted by air pollution.”
Tom continues: “It’s important that we continue to work on projects like these as London experiences higher levels of pollution than anywhere else in the UK. With almost nine million people residing in the city, in conjunction with the lack of open green spaces available, emissions from the increased number of vehicles and underground transport get trapped in built-up areas and can enter the respiratory system of those nearby.”

LITERACYPLANET CELEBRATES 12 YEARS
New film reveals what to notify your water company about when planning plumbing work in schools
Action must be taken to reduce airborne risk of COVID-19
Sodexo Engage reveals 3 ways schools can reward and recognise teachers
UK’s largest school transport provider Kura launches self serve offering
Konica Minolta’s Intelligent Video Solutions and 3600 cameras provide The Sweyne Park School with a surveillance system that evolves with its needs
Classroom space: how to maximise its potential
RIGHT IDEA / RIGHT TIME – HOW PE CAN CHANGE EVERY CHILD FOR THE BETTER

Tweets by @EducatorMagUK
TRITON OVERCOMES PANDEMIC RESTRICTIONS TO DELIVER £3.5M SCHOOL UPGRADE KidZania London kicks off 2021 by introducing the new KidZania Mayor!
This website uses cookies to improve your experience. We'll assume you're ok with this, but you can opt-out if you wish.Accept Read More
Privacy & Cookies Policy