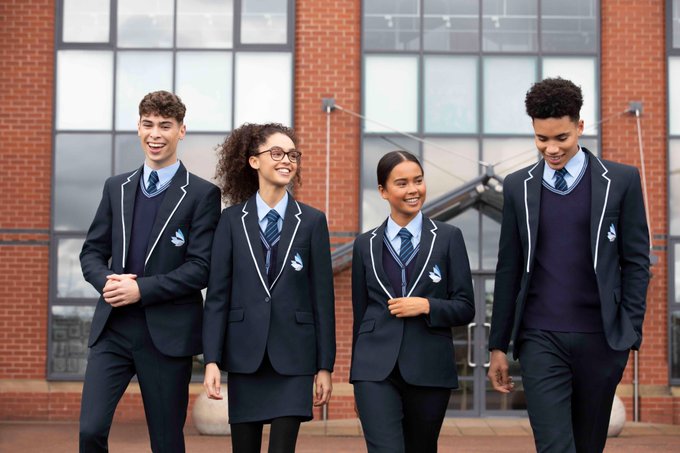 New research has shown that more than 50% of schools across Wales use uniforms to reduce discrimination and almost a half of schools have a compulsory uniform to prevent bullying.

The findings come as the schoolwear industry has highlighted concerns with new proposals from the Welsh Government which aims to reduce the number of compulsory school branded clothing.

Responding to the Welsh Government’s consultation on school uniform – which closed this week – the Schoolwear Association has argued that the proposals risk undermining equality within schools, drive up prices for parents and make it harder for parents to get the right uniform items they need throughout the year.

Research conducted for the Schoolwear Association has shown that Welsh schools – both primaries and secondaries – recognise the value of school uniforms. It found that:

In its response to the Welsh Government’s consultation on its proposals, the Schoolwear Association has highlighted that:

Matthew Easter, Chair of the Schoolwear Association said: “This new research makes it clear that school leaders across Wales recognise how vital uniform is, acting as a social leveller, promoting pride and belonging among pupils and reducing bullying.

“We strongly support action to help families with the cost of living, and our members are working closely with schools to reduce costs for parents. However, we are concerned by the potential unintended consequences of these proposed changes, particularly as schools across Wales have already acted. This research should encourage the Welsh Government to reconsider their approach.”

Can your students design a comic strip to show their vision of a future Olympic or Paralympic Games? Aldi, Team GB and ParalympicsGB want to hear from you!
Schools tackle space crisis with outdoor canopies to extend their buildings.
Department of Education announce that care leavers and disadvantaged pupils are to benefit from a £126 million investment in new laptops and tablets
Amazon offering free resources to help families with home learning
Let it flow – three essential steps if your building has a FROZEN water pipe
Three Covid-safe School Trips for Winter
NATIONAL GEOGRAPHIC RAISES THE BAR THIS EARTH DAY WITH THE LAUNCH OF PLANET POSSIBLE, AN INITIATIVE AIMED AT EMPOWERING PEOPLE TO LIVE MORE LIGHTLY ON THE PLANET
New start, old problems: Two-fifths of British schools report above average NO2 levels in 2021. London ranks top for bad air, deprived areas suffer the most.

Tweets by @EducatorMagUK
Bournemouth Pupils Use Technology To Unite for Anti-Bullying Week DfE launches Prevent Duty Self-Assessment Tool to help schools safeguard children...
Scroll to top
This website uses cookies to improve your experience. We'll assume you're ok with this, but you can opt-out if you wish.Accept Read More
Privacy & Cookies Policy